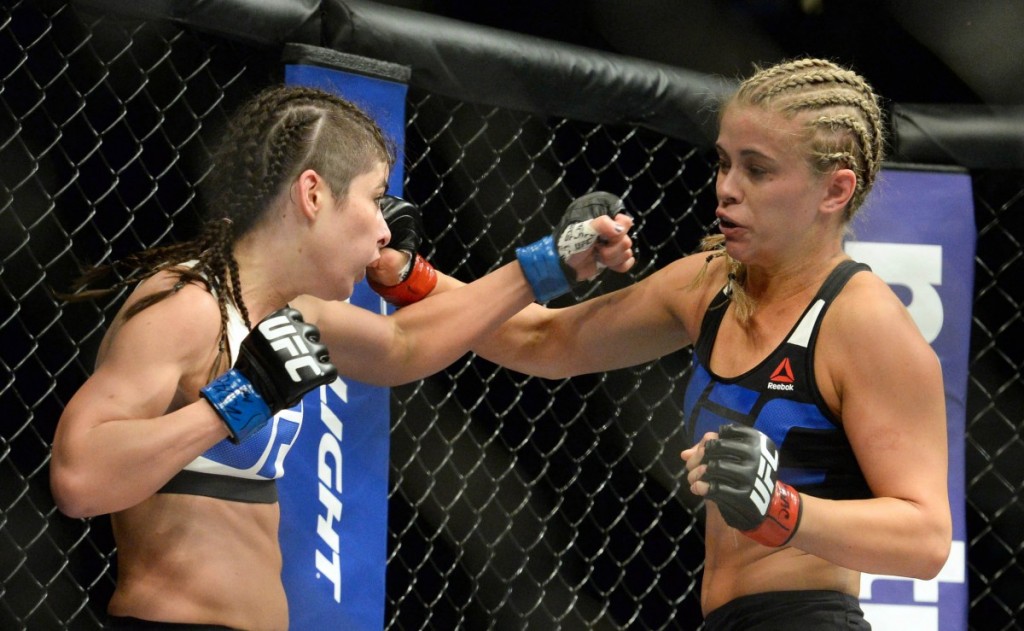 This future women’s strawweight superstar may have grown in exposure and popularity last night, but her bout with unranked Alex Chambers, which she finished by third round submission, wasn’t more than a tune-up fight that prepares “12 Gauge” for her next top-ranked challenge.

With precious few realistic title contenders in the new women’s strawweight division, VanZant could be headed towards the title shot that she needs to become the UFC champion ever sooner than we think. But she’ll likely have to get by a combination of contenders like Joanne Calderwood and the winner of UFC 194’s Tecia Torres vs. Michelle Waterson.

If the UFC really wanted to throw VanZant to the wolves, they could give her top-ranked contender Claudia Gadelha while champion Joanna Jedrzejczyk defends her belt against Valerie Letourneau at November’s UFC 193, but I doubt that happens yet.

Bouts with No. 6-ranked Randa Markos and even one with former champ Carla Esparza when she returns from shoulder surgery are also enticing potential fights for VanZant, who has built up a ton of momentum with the rest of her career ahead of her.