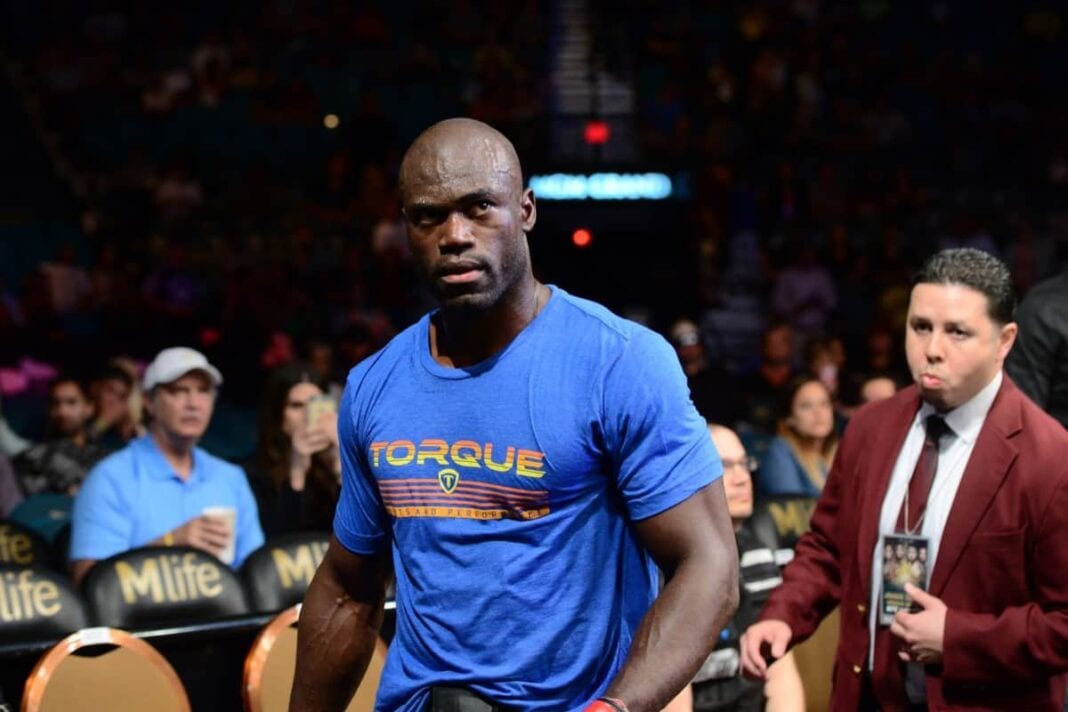 When former UFC champion Chris Weidman pulled out of his scheduled UFC 199 (June 4, 2016) rematch with current title holder Luke Rockhold earlier this week, multiple 185-pounders offered up their services in hopes of receiving a coveted shot at gold.

One of those fighters was No. 10-ranked Uriah “Primetime” Hall, who was slated to meet Anderson Silva at last weekend’s (May 14, 2016) UFC 198 before “The Spider” was forced to withdraw with an injury of his own.

Hall, although coming off of a loss to Robert Whittaker, claimed that he was the only candidate ‘ready’ to meet Rockhold given that he had completed a training camp for UFC 198.

In the end, the UFC elected to choose No. 4-ranked Michael “The Count” Bisping to replace Weidman and meet Rockhold.

The two men have actually met before back in 2014 with Rockhold scoring a second-round finish win over the British veteran. Since then, however, Bisping has rattled off three-straight victories, and is coming off of a decision win over Silva last February.

Bisping appears to be deserving of the title shot, although the decision has been met with some criticism.

Hall, obviously unhappy with the situation, decided to offer up his thoughts as well, blasting Rockhold for taking the ‘easy’ fight:

He knew I had a full camp so bisping would be easy coming off 2 weeks .. Smart move .

“Primetime” also responded to those saying he wasn’t deserving of the shot, saying that rankings and his recent loss shouldn’t have been factors:

Hall is indeed one of the very best strikers in the 185-pound division, but one would have to assume that he’d need a few more wins before facing off with Rockhold.

What do you make of the decision to make Rockhold vs. Bisping II?