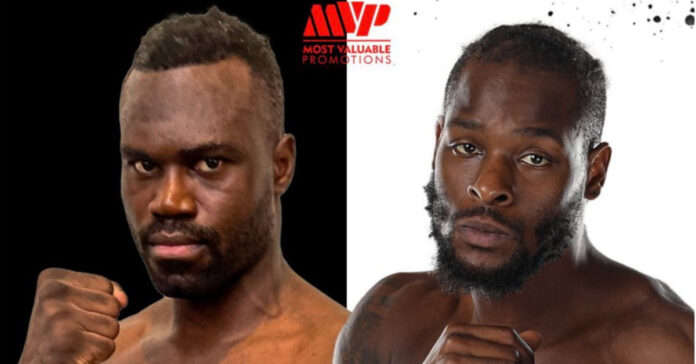 In a bit of news that required a double-take by many, recently retired UFC middleweight Uriah Hall will make his boxing debut on the Jake Paul vs. Anderson Silva pay-per-view undercard.

First reported by ESPN’s Adam Schefter, Hall will step into the squared circle against former NFL running back Le’Veon Bell.

“Le’Veon Bell is set to make his pro boxing debut against MMA star and former UFC fighter Uriah Hall as part of Most Valuable Promotions’ Jake Paul vs. Anderson Silva event on SHOWTIME PPV on Sat., Oct. 29 in Phoenix. Bell is coming off an exhibition knockout vs. Adrian Peterson.”

‘Prime Time’ retired from MMA in August following back-to-back losses to Sean Strickland and Andre Muniz. Debuting on season 17 of The Ultimate Fighter more than a decade ago, Hall earned four-straight victories including one of the greatest knockouts in TUF history. Making his official UFC debut, Uriah Hall lost two straight via split decision before going on a run of 5-1. Hall’s UFC run was largely filled with solid win streaks followed by devastating losing streaks that kept him away from title contention for much of his tenure.

Former NFL standout Le’Veon Bell returns to the squared circle for the second time. Bell faced a fellow NFL icon in Adrian Petersen on September 10th, knocking out the former Minnesota Viking 30 seconds into the fifth round of their bout.

Bell played five seasons with the Pittsburgh Steelers, becoming the organization’s most prolific running back, earning a multitude of records including the most rushing yards per game, most receptions by a running back, and the most games with 200+ yards rushing. Bell also became the first NFL player in history to rush for more than 150 yards in his first two playoff games. Unfortunately, Bell’s career with the Steelers was cut short due to contract disputes that resulted in the Michigan State alumni sitting out the entire 2018 season.

After his time with the Steelers came to an end, Bell was never able to replicate the success he had in the Steel City. He bounced around, playing for four different teams in his last two years. He announced in July that he would sit out the 2022 NFL season in order to pursue a career in boxing. Scoring a knockout in his first exhibition bout, Hall will see a big jump in competition when he meets Uriah Hall on October 29th.

Other bouts currently announced for the Paul vs. Silva pay-per-view event include: