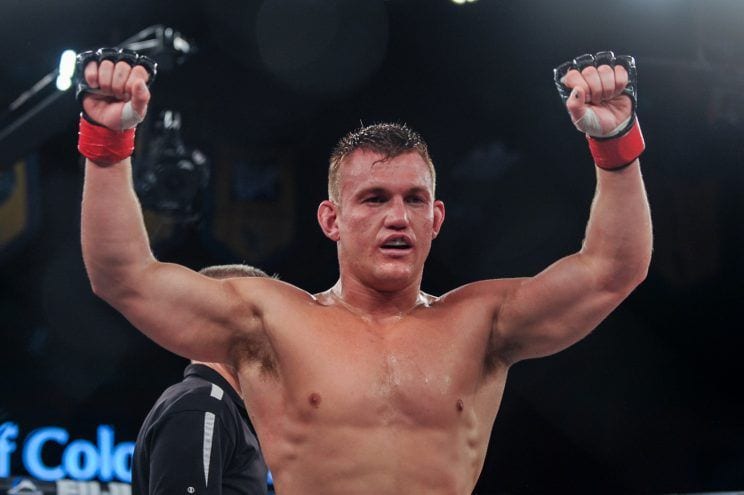 A pivotal middleweight match up served as the co-main event for UFC Rochester as Antônio Carlos Júnior met Ian Heinisch.

Carlos Junior (10-2) has looked increasingly promising during his five-fight winning streak. He defeated Tim Boetsch last April and has been looking for a suitable opponent ever since. He will get that in Heinisch tonight.

As for Heinisch (12-1). At 30 years old “The Hurricane” has lived an eventful life to say the least. He has won four straight heading into his first UFC co-main event. Heinisch is one heck of a fun fighter to watch.

Heinisch and Carlos Junior touch gloves. Heinisch throws a leg kick, then goes high. Carlos Junior chases Heinisch and gets a hold of the American. He trips him and ends up in side control. He softens up Heinisch with some punches and works to advance his position. He thought about a leg lock but lands a few elbows instead. Heinisch uses the cage to get back to his feet. Heinisch front rolls in an attempt to get free of Carlos Junoir. Again, with a summersault but Carlos Junoir has a tight grip on Heinisch’s waist. Eventually the Brazilian gets him down but Heinisch gets back up. Carlos Junoir takes him straight back down and takes his back. He locks in a choke but Heinisch spins out. The round ends.