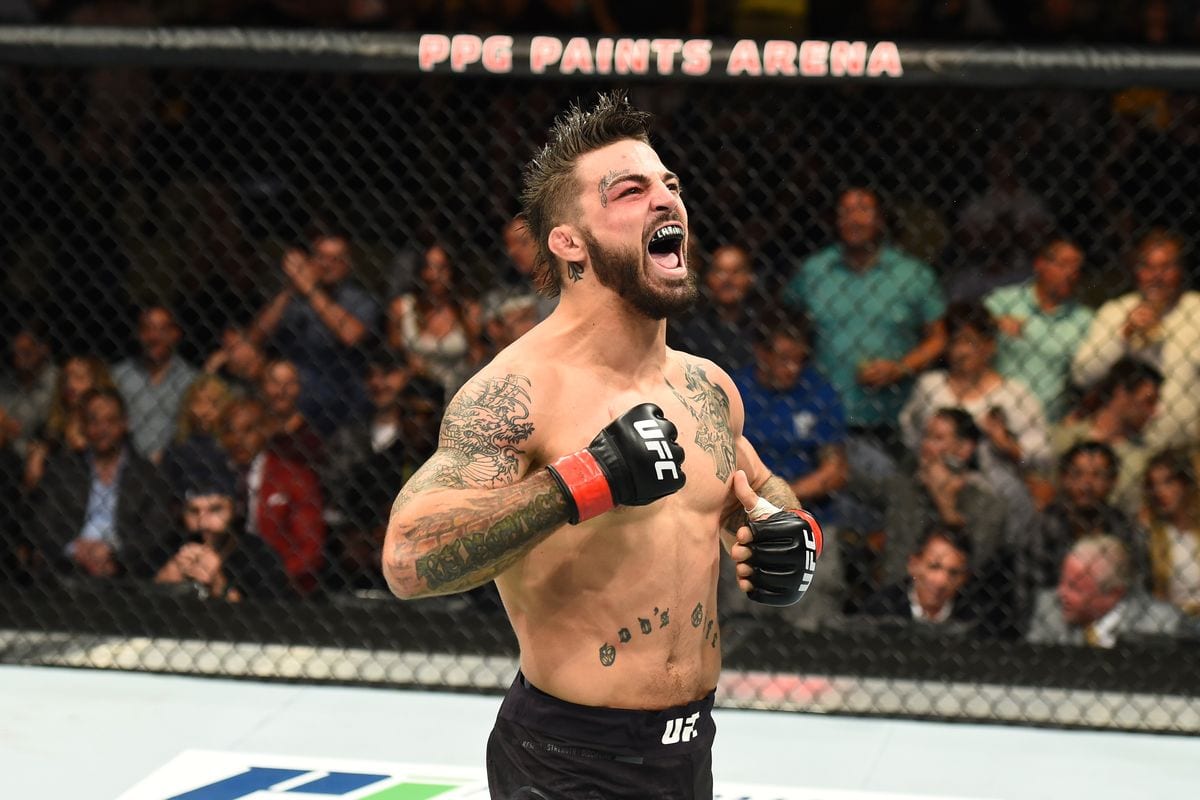 As always, LowkickMMA has you covered with all the results from UFC on ESPN+ 8 from Florida as they happen.

Perry (12-4) returns to Florida to fight for the first time since losing to Max Griffin in February of last year. “Platinum” has lost three of his last four fights with his only win in that time coming from a narrow split-decision nod over Paul Felder.

As for Oliveira (20-6-1). The Brazilian enters UFC Ft. Lauderdale coming off a loss to Gunnar Nelson from last December. “Cowboy” has won six of his last eight fights inside the Octagon.

Oliveira lands a spinning back kick instantly. Perry is OK, however. Perry lands a body shot and clinches the Brazilian against the cage. Oliveira breaks free and reenters and looks for a single leg of his own. He tosses Perry up and ties to take the Floridians back. He steps back and cracks Perry with a right hand. Oliveira throws another spinning back kick. He presses Perry against the cage and lands a knee to the body. Perry lands an elbow on the break. Both guys land a right hand. “Cowboy” lands a front kick. Perry lands a knee then checks the clock. Perry loads up as the round ends with a flurry to the Brazilians body.

Oliveira throws a leg kick, Perry goes high with a kick but just misses. Oliveira lands a short uppercut. Perry catches him with a hook. Oliveira goes down but Perry wisely lets him up. Both men take a breather and faint. Perry tosses Oliveira up in the air, the Brazilian lands and runs after Perry. He launches in with a long left straight. Perry throws a right hand then follows straight through with a takedown. He ends up in half guard and lands a hard elbow. He postures up and lands some bombs with his left hand. Less than one minute to go, Perry, is smashing Oliveira’s face with left hands. Perry lets him up. The round ends.

The fighters trade leg kicks to start the final round. Oliveira lands a body kick then a right hand. Perry lunges in with a big body shot. He wings a right hand that misses the mark. Oliveira pumps the leg kick and faints his hands. The crowd goes crazy for Perry. Perry counters Oliveira and lands a left hook. Oliveira backs up and turtles up, Perry is digging in. Oliveria circles out and resets. Oliveira lands a left hand. He throws a superman punch that misses. He lands a calf kick. 20 seconds left.