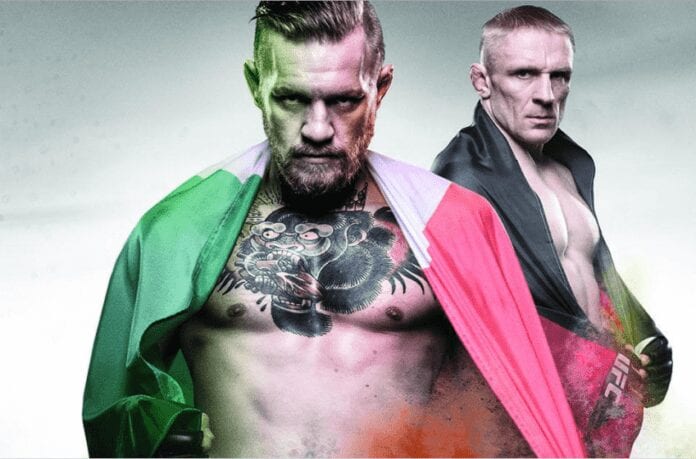 UFC Fight Night 59  is set to go down this coming Sunday January 18th from the TD Gardens in Boston, Massachusetts. The event is headlined by the return of red hot featherweight prospect Conor McGregor, as he looks to punch his ticket to a title shot against dominant champion Jose Aldo. McGregor faces German striker Dennis Siver, as he hopes derail the hype train and upset the odds in Boston, as well as throw egg on the face of his employers.

Former lightweight champion Benson Henderson returns to face  Donald Cerrone for the third time in the co-main event. “Smooth” will hope to rebound from his crushing knockout loss to Rafael Dos Anjos in 2014, but he faces a very tough and streaking “Cowboy”, who is 10 times the fighter he was in the WEC (World Extreme Cagefighting).

TUF veteran and dangerous striker will face   Ron Stallings also on the main card, and there’s an interesting lightweight battle between Gleison Tibau and Norman Parke.

Check out the UFC Fight Night 59 weigh-ins live stream video above at 4 PM ET, or tune in right after for the updated results