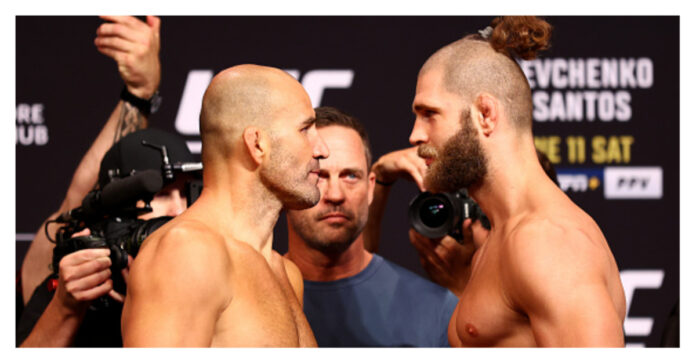 The UFC heads to Singapore for UFC 275: Teixeira vs. Prochazka tonight.

Emanating from the Singapore Indoor Stadium, UFC 275 is scheduled to be main evented by a light heavyweight showdown between current champion Glover Teixeira and the No. 2 ranked contender, Jiri Prochazka. Ahead of the event, the UFC has released the UFC 275 cold open to get you, even more, hyped up for today’s event.

With just two wins inside the Octagon, Prochazka will step into the main event for the biggest fight of his career against fan-favorite UFC mainstay Glover Texeira. At 42 years old and 10 years in the UFC, Teixeira climbed to the top of the mountain when he defeated former champion Jan Blachowicz at UFC 267 in October. Now he looks to keep his title when he meets a formidable opponent with serious speed and knockout power.

Also on tap for UFC 275 is the highly anticipated rematch of the greatest women’s fight of all time. In March 2020, Weili Zhang and Joanna Jędrzejczyk engaged in a five-round war at UFC 248. More than two years later, the two will run it back, the winner earning an opportunity to face the new strawweight queen, Carla Esparza.

Rounding out the evening’s main card is two big welterweight bouts. Promoted to the main card after Rogerio Bontorin was forced to withdraw from his bout against Manel Kape, Australian Jake Matthews takes on knockout artist Andre Fialho.

Opening up the main card will and making his sophomore appearance in the Octagon is Jack Della Maddalena who hopes to keep his momentum going against Dagestani fighter Ramazan Emeev.

Bouts scheduled for the preliminary portion of the card include: