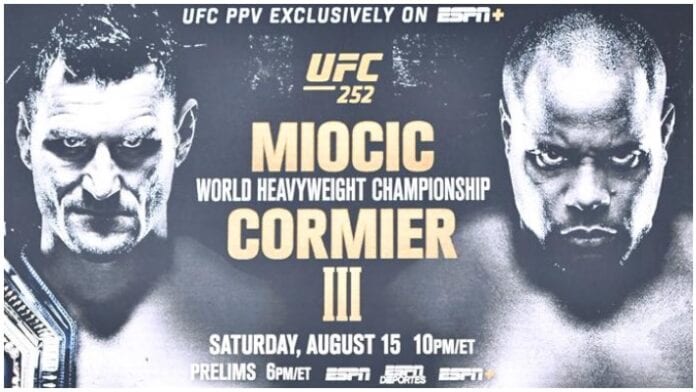 LowKickMMA will be bringing you UFC 252 results throughout tonight (Sat. 15 Aug, 2020) from the UFC Apex, Las Vegas.

In the main event, we will see the conclusion to the trilogy between two heavyweight greats Stipe Miocic and Daniel Cormier. After Cormier claimed the title by knocking out Miocic in their initial bout, Miocic came back and defeated Cormier via TKO in the second. This conclusion looks to be Daniel Cormier’s final fight inside the cage. In the co-main event rising bantamweight prospect Sean O’Malley will take on his toughest challenge yet as he faces Marlon “Chito” Vera a veteran who has won five of his last six fights all by stoppage.

Check out our UFC 252 results below. Also, make sure to follow along with us on twitter @LowKick_MMA