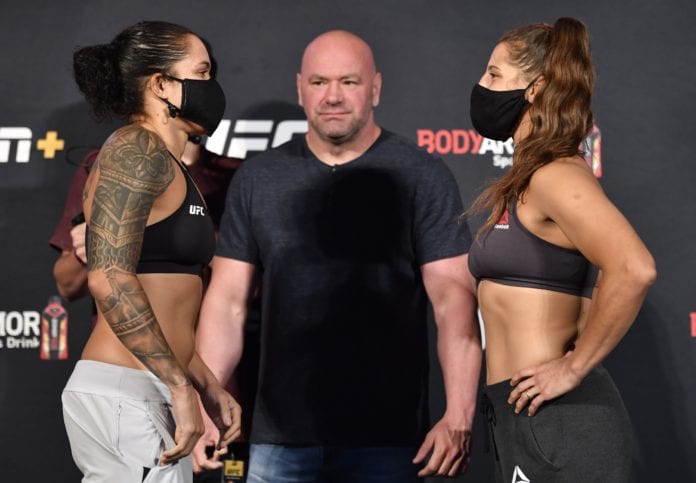 LowKickMMA will be bringing you UFC 250 results throughout tonight (Sat. 6th June, 2020) from the UFC Apex, Las Vegas.

In the main event of the evening, we will see Amanda Nunes attempt to defend her Featherweight title for the first time against rising contender Felicia Spencer. After defeating Cyborg to claim the title Nunes chose to return to her previous weight class and defend her other belt before once again returning to featherweight attempting to become the only women’s UFC champion to defend two titles. Spencer is coming off a stunning first-round finish back in March to attempt her first shot at UFC gold. In the co-main event, we will see a matchup between former champion Cody Garbrant and Bantamweight veteran Raphael Assuncao.

Check out our UFC 250 results below. Also, make sure to follow along with us on twitter @LowKick_MMA