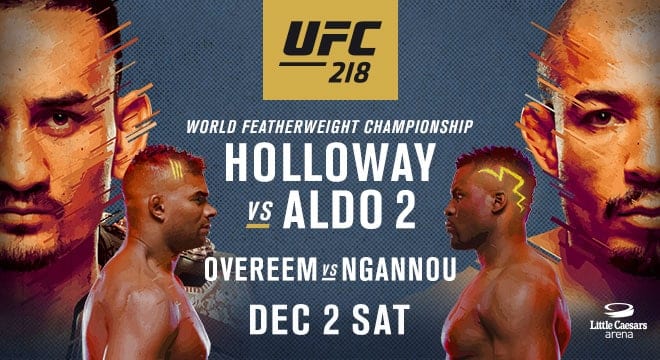 The UFC returns to Detroit, Michigain later tonight (Sat. December 2, 2017) from the Little Ceasers Arena, and what a card the promotion has in store for fight fans.

Also on the card is a great flyweight matchup between Henry Cejudo and Sergio Pettis, as well as Ultimate Fighter Season 26 coaches Eddie Alvarez and Justin Gaethje going head-to-head.

You can check out the full fight card, start times, and information on how to watch the event here below: