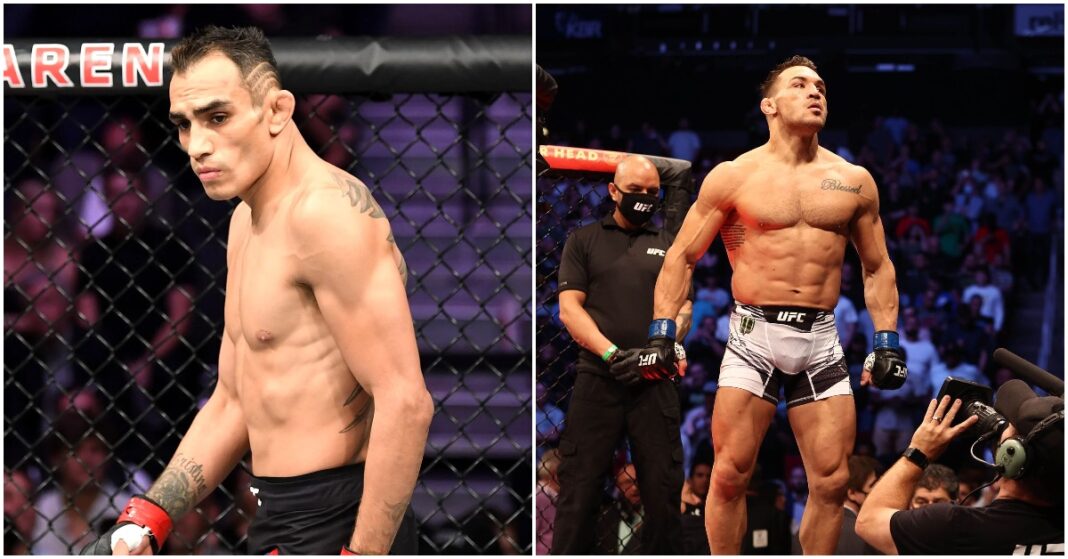 Michael Chandler and Tony Ferguson finally has a date set for the anticipated matchup and it all goes down at UFC 274 on May 7.

The fan favorites ‘El Cucuy‘ and Chandler, are set to square off in a lightweight bout where both fighters desperately need a win. This addition is a huge draw for the card that already headlined a fantastic lightweight championship fight between Charles Oliveira and Justin Gaethje. Sports Illustrated Justin Barrasso was the first to break the news about the bout.

Many fans have been excited for this matchup for months, as it was teased multiple times with no official date set. Ferguson and Chandler are two of the most explosive fighters in the division and have some fantastic standup. The bout is sure to set off some fireworks, the same way that Chandler vs Gaethje did at UFC 268 four months ago.

‘Iron’ Mike Chandler bursted on the UFC scene with a huge knockout of Dan Hooker and earned himself a title shot in only his second fight in the promotion. Since then, Chandler has dropped his last two bouts to Charles Oliveira in the title fights and Justin Gaethje. The Gaethje fight was one of the best fights in recent history.

Ferguson has also struggled as of late, dropping his last three fights. While he was once a fighter on a multi-year winning streak that surpassed double digits, injuries have caught up to the 38 year old legendary lightweight. Although, Ferguson has only lost to the absolute elite of the division. He has lost to the current champion, Charles Oliveira, the challenger and former interim champion Justin Gaethje, and possible title contender Beneil Dariush. Ferguson was mostly dominated in all those fights, losing to Gaethje via TKO and the other two by unanimous decision.

‘El Cucuy’ seems to think he is the draw to the PPV, adding to the hype of the event.