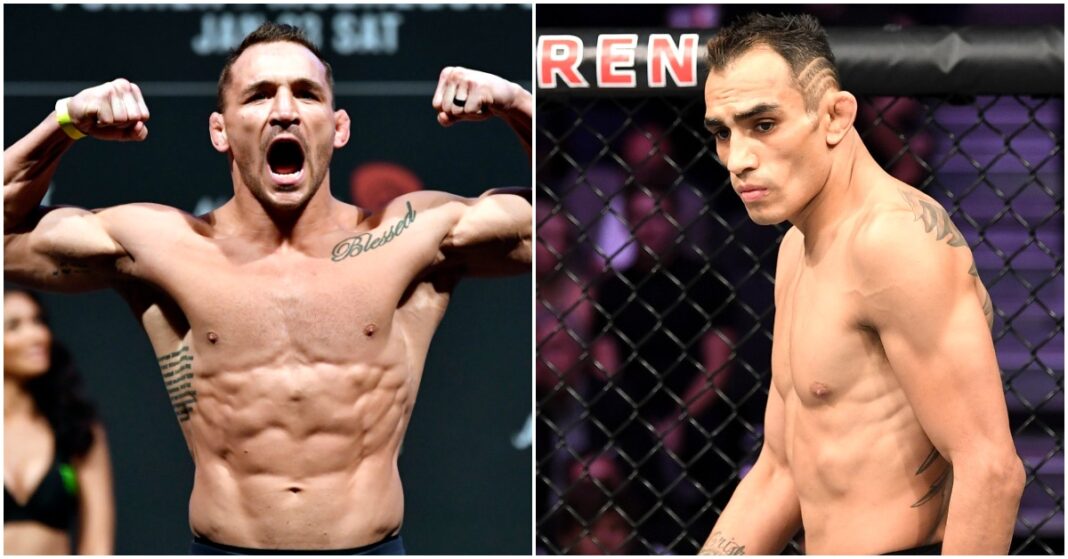 Michael Chandler has revealed that he is currently training for a fight with Tony Ferguson, despite not having confirmation that ‘El Cucuy’ will be his next opponent.

During a recent interview with Shakiel Mahjouri of CBS Sports, Chandler said doesn’t have a date or a signed contract but is “all systems go for a Tony Ferguson fight.”

“As far as how far along it is, I’m assuming that is my next fight sometime this summer. I don’t know the exact date or the location, but that’s who I’m training for. That’s who I’m watching film of. That’s who I’m thinking of fighting. Getting in shape, laying a good groundwork, good foundation right now to go into a nice hard training camp for a fight this summer. I’m all systems go for a Tony Ferguson fight, so we’ll see when we get the contract signed and get this thing, moved along and get announced.

Chandler is hoping he can face off against Ferguson sooner rather than later.

“I don’t know if I want to wait till July, but I would definitely like to fight on an International Fight Week. So maybe I go run through Tony before that and then I can fight again in July. We’ll see.”

It appears Chandler won’t have to wait too long to fight again as, during a recent Spotify Greenroom appearance, Ariel Helwani claimed that the fight between Chandler and Ferguson is set to take place on May 7th at UFC 274.

This is a fight between two of the older guys at lightweight who are currently riding losing streaks. Another loss for either man would probably call time on their title aspirations.

After impressing in his UFC debut, Chandler has performed admirably but ultimately lost back-to-back fights against Charles Oliveira and Justin Gaethje.

Ferguson failed to win a round as he dropped three successive fights against Gaethje, Oliveira and Beneil Dariush. He’ll be desperate to rediscover the form that made him one of the most successful 155lb fighters in UFC history.

How do you see Michael Chandler vs. Tony Ferguson playing out?