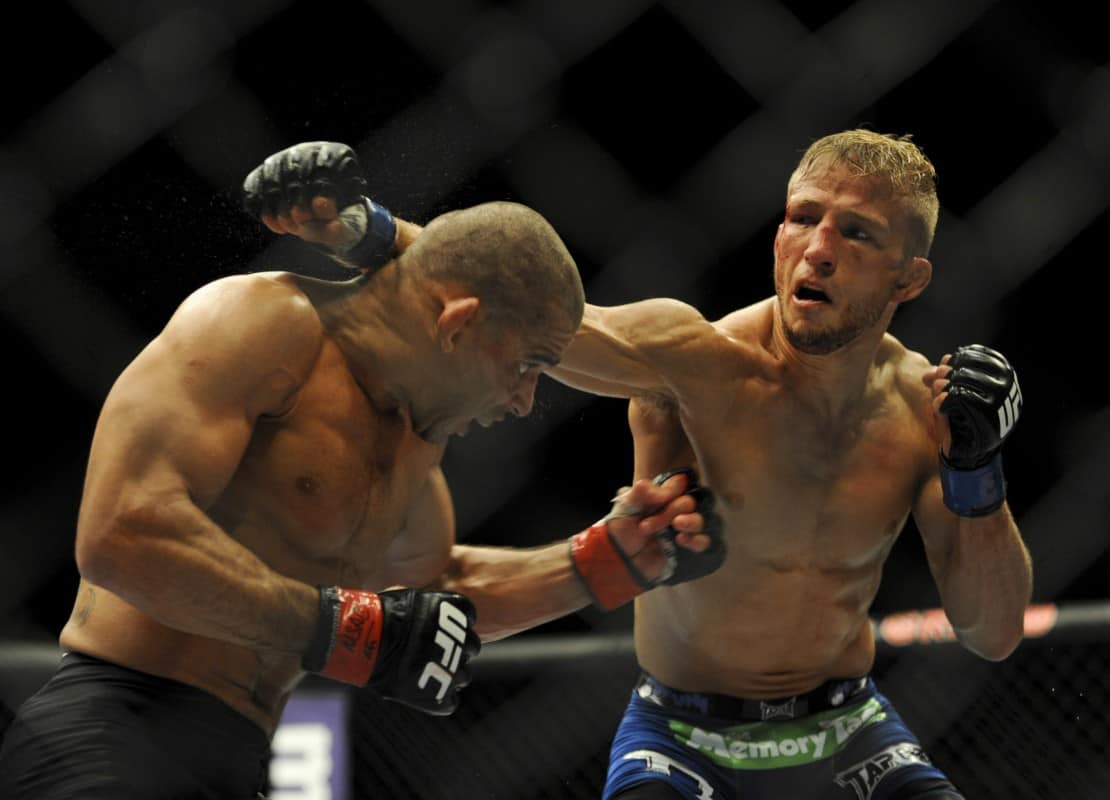 With potential title challengers Dominick Cruz and Rafael Assuncao back on the sidelines with injuries, the UFC was forced to book TJ Dillashaw vs, Renan Barao II in the contender-scarce bantamweight division.

Barao has only had one fight, a third-round submission win over widely unknown Mitch Gagnon last December, since he was shockingly dominated by Dillashaw to give up his belt at UFC 173 in May 2014.

Some may argue that “The Baron” didn’t deserve a rematch just yet, but the UFC went ahead and scheduled the bout for UFC 186 next month in Canada. This was actually the second time it had been made it was originally scheduled for UFC 177 last August. However, Barao fell ill on weigh-in day and was forced out, and news recently broke that the rematch would have to wait even longer after Dillashaw suffered a rib injury.

“It’s not that bad in that he won’t be out that long, but he’s going to be out six weeks, which would be exactly when he was going to fight,” White said. “So we’re not exactly sure when we’re going to push that fight back to, but we’re going to make it sooner than later.”

For his part, Dillashaw appeared on last night’s episode of AXS TV’s Inside MMA to give his take on things after Barao had called him ‘scared’ earlier this week, noting that the former champion had already ruined a rematch he didn’t deserve in the first place: