LowKickMMA.com
Home UFC News UFC Veteran Believes That A “Khabib Style” Could Be The Key To... 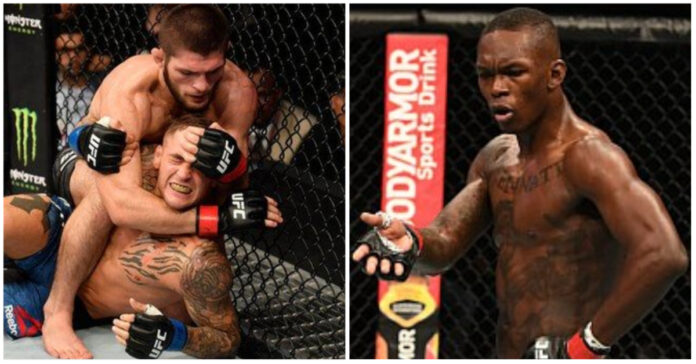 Tim Kennedy agrees that ‘the Khabib style’ could cause current middleweight champion, Israel Adesanya real problems and could be the key to defeating him

Abdelaziz regularly causes a stir within the MMA community especially when it comes to some of the fighters that he manages but this may have been some of his best work so far.

“Khabib weighs 200 pounds,” Abdelaziz said. “If Khabib comes tomorrow and cut to 185, he will stop Israel Adesanya in three rounds, this is my opinion. I see it. He beat heavyweights, light heavyweights, welterweights, lightweights. He’s unstoppable. He’s like a tractor trailer.”

One man who shares the same sentiment is UFC and Strikeforce vet, Tim Kennedy. The former US Special Forces Master Sergeant and BJJ blackbelt knows a thing or two about fighting and when asked what he thought about the new crop of middleweights, he felt he knew the style that could bring down the current 185lb champion.

“I watched him fight and I was like, ‘Oh I could hit him right now’,” Kennedy said on The Food Truck Diaries. “I could get inside, like stylistically it’s a great match-up… He doesn’t like to be in deep water, he likes to set the pace, he likes to control range. He really is good at that.

“Yoel Romero could have been the guy that put the pressure on him, picked some angles, and messed with timing but he didn’t. Instead, Yoel decided to hang back and put on one of the worst championship fights ever.

Do you agree that Khabib’s style is the key to beating Adesanya?