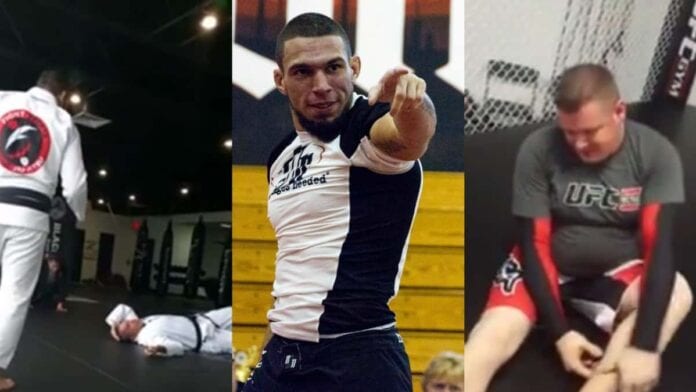 These idiots thought it was cool to pretend to be black BJJ belts, until the real martial artists exposed them in front of everybody…

The sports world as we know it today is full of pretenders. People want to swim in the wake of true stars in all walks of life in fact, as we’ve seen many times recently. Fake marines, fake boxers, fake mixed martial artists even.

So what is the motivation behind this kind of fake honor? Likely low self esteem has something to do with it, but surely it must take a psychopath to lie and deceive everyone around them?

The subject of today’s article stays within the realms of martial arts, and specifically Brazilian Jiu Jitsu. The art is over 100 years old, but only really became established since the 1990’s, with the Gracie family being the most well known teacher’s.

The Brazilian family prides themselves on being the modern master of Jiu Jitsu, and their infamous ‘Gracie challenge’ saw the grapplers taking on any fighters or hopefuls that would take them on.

Eventually becoming the base for the early UFC model, BJJ is now a globally practised martial art. With the expansion comes pretenders though. Believe it or not, there are many gyms and dojos in America that are run by fake black belts and self proclaimed ‘masters.’

We have some pretty awesome footage of these fake martial arts teachers getting exposed in the worst way.

Have you ever seen anything more pathetic? Wonders will never cease as to how douchebags like these guys even make it to 30, let alone open their own fake gyms where they pretend to be martial arts masters. And yes, the guy in the UFC shirt was actually training fighters at a real UFC licensed gym. SMH.

But this isn’t the only case of a fake black belt doing the rounds, oh no, there’s much more. Check out this next clip:

And there’s more to come.

And how about fake valor? These pieces of sub-human mess go around and pretend to be war veterans.