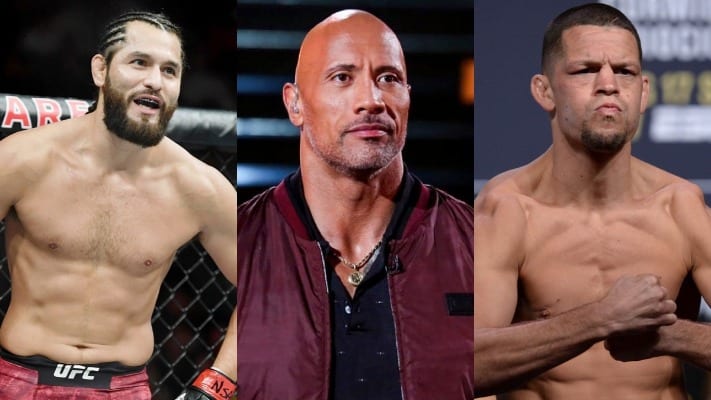 WWE legend and movie star The Rock has confirmed that he will in fact be in attendance for UFC 244 this Saturday.

UFC 244 takes place in Madison Square Garden, New York, and will be headlined by a BMF title fight between Jorge Masvidal and Nate Diaz. Last month, Masvidal called for The Rock to wrap the belt around his waist if he were to emerge victorious and the latter was certainly receptive to the idea as was UFC president Dana White.

And it looks set to be the case as The Rock confirmed Tuesday that he would be putting the belt on the waist of the winner.

“This addition to the company and the brand and to the sport, this BMF belt, I think it’s brilliant,” Johnson said in an Instagram live video (via ESPN). “It’s so smart and it’s just fun, man.”

It doesn’t end there. With the UFC holding a press conference this Friday for UFC 245, The Rock also added that he will be there to announce “something I wanted to tell the UFC fans and MMA community first.”

As of now, there’s no guesses on what the announcement could be. However, what’s for sure is that UFC 244 promises to be an explosive event.

“That place is gonna be rocking, it’s gonna be electrifying,” Johnson said. “I can’t wait to get in there, man.”

What do you think of The Rock appearing at UFC 244?