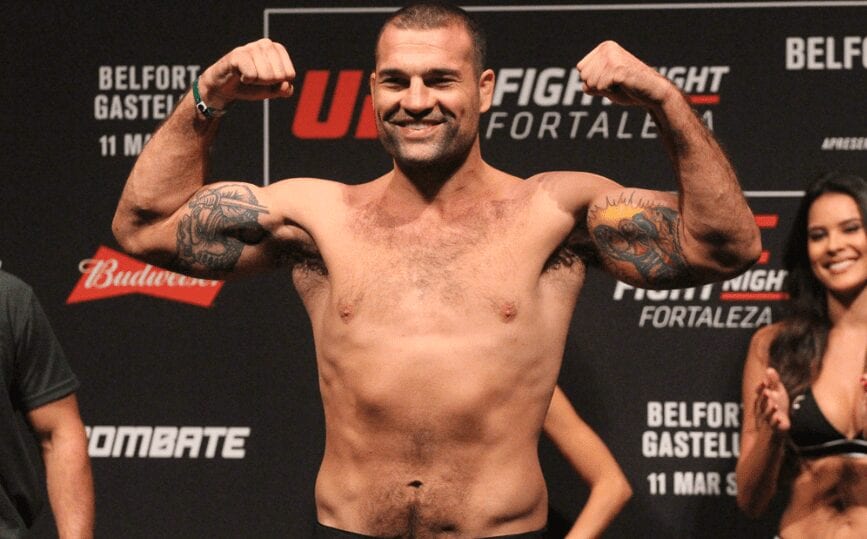 MMA legend Shogun Rua has come out and said that he wants two more fights in the UFC and then retire from the sport.

Shogun’s last fight was in November of 2020 at UFC 255 against Paul Craig. He lost that fight via submission to strikes in the second round. Following that loss, UFC President Dana White suggested that the former light heavyweight champ should retire from MMA. However, Shogun does not seem ready to hang up the gloves just yet.

Speaking with AG Fight, Shogun confirmed plans to come back and fight at least a couple more times in the UFC.

“I must do two more fights and stop. That’s my goal. Do one or two more (fights). And the moment I stop, I will be happy with myself and thankful to God. I’m an accomplished guy with my career. My only fear is to stop and then regret that I stopped a little early. But if I do two more (fights), I won’t have this problem,” Shogun said.

At 39 years old, Shogun has seen it all in his MMA career. He first burst on to the scene over in Japan fighting for PRIDE FC. He would go on to win the 2005 Pride Middleweight Grand Prix. After that, he signed with the UFC and started competing in their light heavyweight division. He would become UFC light heavyweight champion in 2010 after knocking out Lyoto Machida in the first round. Shogun would lose the belt in his next fight against Jon Jones and would go on to have a very up and down career since. In his last five fights in the UFC, Shogun has won two, lost two, and drew one.

Do you think Shogun Rua should retire now or after one or two more fights?