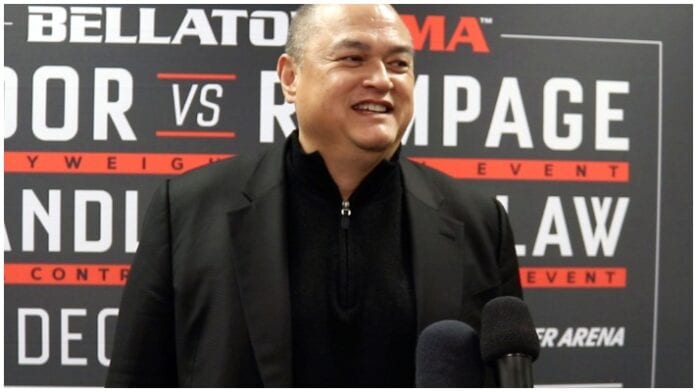 Many observers were surprised with the big names the UFC recently released. Bellator president Scott Coker was among them.

In recent months, the likes of Corey Anderson, Yoel Romero and Anthony Johnson have all departed the UFC and have been picked up by Bellator who further strengthened their light heavyweight division in the process.

While Bellator has developed a reputation of signing former UFC fighters who are either past their prime or not at a high level anymore, this is certainly a different case with Coker believing the promotion’s recent pickups are fighters who made a difference in the UFC.

“You’re talking about a couple of guys that really made a difference in their division,” Coker told MMA Fighting. “I’m surprised they didn’t want to keep them. To me, it’s a great opportunity for us.

“To be honest, I think we’re a better fit for those guys. They’ll have a great home here. I think they’re going to be extremely happy here. A couple of the guys that I talked to, they wanted to make the move. They wanted to come to Bellator. People see when they get here how we treat the fighters and how it’s a family atmosphere. Yes, it is a business so we run like a business but it’s really run a lot different than other organizations.”

Fighters such as Anderson and Johnson were also particularly excited about the prospect of joining Bellator after certain circumstances led to their departure according to Coker.

“At the end of the day, I think the fighters wanted to be here,” Coker said. “They made the move to be here. I think each one of those guys had different circumstances with their past employer and I don’t think that they wanted to take this fight or that fight and some ultimatums were thrown around is what I heard. It just didn’t work out.

“Too bad for them, good for us and now look at that light heavyweight division we have.”

Coker has long claimed Bellator had the best light heavyweight division in mixed martial arts and after these recent pickups, it’s hard to argue with that.

And he only expects the weight class to grow further in 2021.

“There’s no doubt in my mind [we have the best light heavyweight division],” Coker said. “First of all, I think [Vadim] Nemkov is the best fighter on the planet at 205 until he gets beat. I think that’s going to be my position. Because I’ve never seen Ryan Bader get dismantled like the way he did against Nemkov.

“You’re talking about a guy that can wrestle, can strike, got a complete game. Top pound-for-pound rated in the world. Top rated in the 205-pound weight class and he won a heavyweight tournament. He’s a serious athlete, this guy is a killer. Nemkov just kind of did his thing with him.

“… The sport of MMA really was built, I believe, on the light heavyweight division. Back in the day when you had [Quinton] ‘Rampage’ Jackson and Tito [Ortiz] and Chuck [Liddell] and [Randy] Couture and to me this is the second wave of 205-pound killers that all assembled under one roof. They can all fight each other and have some great fights in 2021 for Bellator.”

Do you think Bellator has the best light heavyweight division?