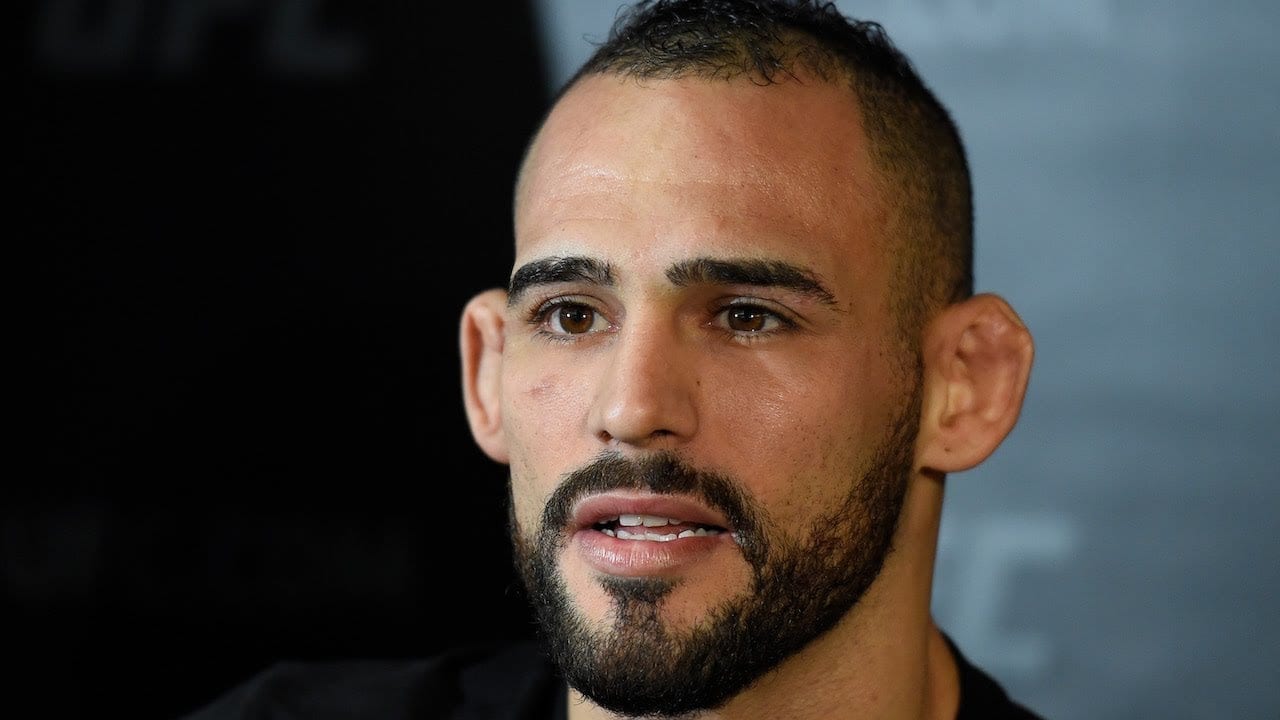 Add Santiago Ponzinibbio to the list of names willing to step up and save UFC 249 on April 18.

That card — currently set for an undisclosed location due to the coronavirus pandemic — was to be headlined by a highly-anticipated lightweight title fight between Khabib Nurmagomedov and Tony Ferguson.

However, the bout is seemingly off now as Nurmagomedov is stuck in Russia due to the country’s implementation of a cross-border travel ban on Monday.

Ferguson has since been offered Justin Gaethje as a short-notice opponent while Dustin Poirier is willing to step in as well. Jorge Masvidal, meanwhile, has offered to face Kamaru Usman in a welterweight title fight as a makeshift main event as well.

And somewhat out of left field, welterweight contender Ponzinibbio has now offered to step in and face Ferguson.

“I think El Cucuy, Tony Ferguson, is one of the most entertaining fighters because he gives his all and I think we would do an epic fight, a great fight,” Ponzinibbio told MMA Fighting. “We both have this style, we give it all in our fights, [my fights] always have blood and a good striking battle.”

Ponzinibbio is on a seven-fight winning streak but hasn’t competed since a knockout win over Neil Magny back in November 2018.

Although he hasn’t been training amid the coronavirus pandemic, he would be willing to step in for an “opportunity” such as facing Ferguson.

However, it would have to be at a catchweight:

“It would have to be a catchweight because I can’t make 155 in 18 days,” Ponzinibbio said. “I can do it with time and preparation because I’m a small guy for 170. I’m doing great in this division and wasn’t thinking about leaving, but for an opportunity like this, a super fight, I’d do it.

“I can’t make 155 in 18 days, but a 165-pound catchweight, I can do it. I have no doubt it would be an entertaining fight. … It’s not my weight class, but with all this craziness going on and many guys not able to travel and me being here in America, I would do it. It would be a great fight for the fans and a great fight for me to come back. I’d do it. I’m running every day here and that’s good [enough] to beat up everybody there, brother.”

Would you be open to seeing Ponzinibbio face Ferguson?