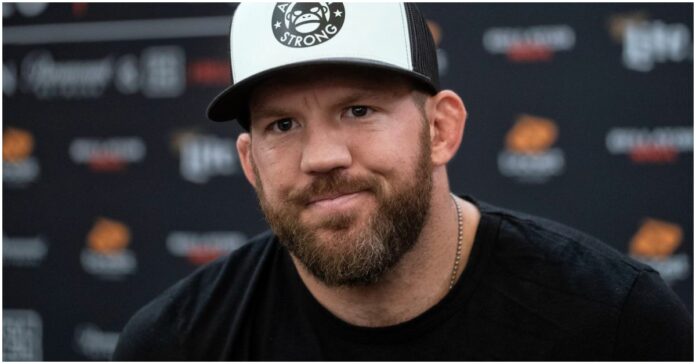 Ryan Bader has provided some inside information about the Cain Velasquez case.

The former UFC heavyweight champion is currently facing more than 20 years in prison after being charged with attempted murder and nine other offences following an incident in San Jose.

Velasquez was hit with those charges after allegedly firing a handgun into a truck occupied by Harry Goularte Jr along with two other people one of those being Goularte’s stepfather.

The 39-year-old former fighter was denied bail on Monday and he will remain in custody ahead of his next hearing on April 12. Judge, Shelyna Brown said the risk is “too great” after reviewing Velasquez’s “reckless” alleged actions.

Until now all that was known about the molestation victim was that he/she was a four-year-old relative of Velasquez.

In his efforts to raise money for his fellow fighter, Bader seemed to inadvertently release information that was not available to the public.

“Many of you know Cain is currently in jail and was denied bail,” Bader wrote on Facebook. “Cliff notes is he went after the man who was molesting his 4 yr old son. The 43 yr old man was released immediately with no bond and was able to go back home. Cain took justice into his own hands, and although not the smartest decision, any father would have felt the same way. This will help his family in the tough times ahead. Cain is an amazing human that made a mistake after an absolutely horrible crime was committed on his child. Please share and anything helps.”