LowKickMMA.com
Home UFC News Ronda Rousey: People Say I Have No Competition, But These Girls Are... 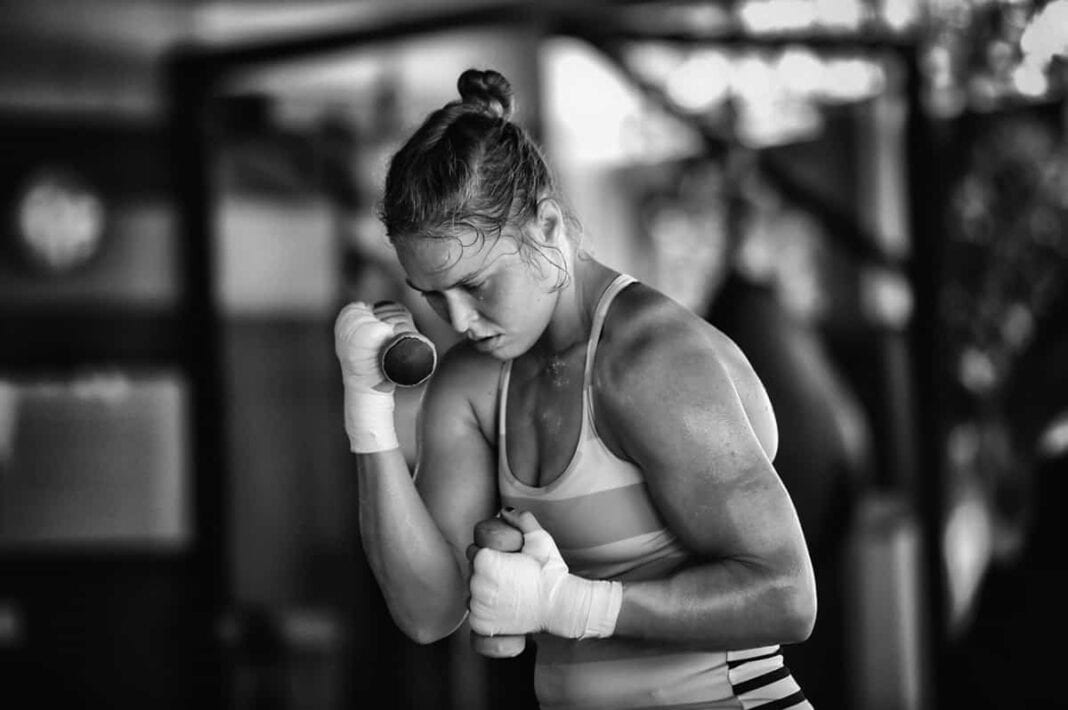 UFC women’s bantamweight queen Ronda Rousey’s dominance in the UFC octagon is a thing of beauty to watch. Her fantastic string of first round finishes are unparalleled in the current crop of champions, but can often be met by heated debates about the calibre of competition in the near-cleaned out division. Bethe Correia fell by spectacular knockout in just 34 seconds at UFC 190, and many feel that Holly Holm is destined for a similar fate at UFC 193.

So is this streak of rapid demolitions a tale of weak contenders, or is ‘Rowdy’ just too much for a set of contenders who would otherwise be championship material in Rousey’s absence? During an interview with fashion publication Elle, the undisputed ruler of the women’s bantamweights argues that both her upcoming opponent and her fights so far feature true contenders that force her to up her own game:

“I mean, all of these girls are amazing competitors. The next chick I’m fighting, Holly Holm, is a 19-time boxing world champion, and she’s the most decorated striker in the entire sport of mixed martial arts. I mean, that’s serious competition that I’m coming up against. Somehow, people act like I have no competition, but the thing is, the competition is so good that it forces me to be better than I even thought was possible.”

In similar circumstance to UFC flyweight champ Demetrious Johnson, and guys like Anderson Silva before them, cleaning out divisions with unquestionable dominance can raise these sorts of opinions. Rousey states emphatically that she is working to get as far ahead of the competition as possible, and fear is a big drive for her:

“The thing is, I’m so dominant in all of these fights because I am the most scared and fearful of all these girls. A lot of people, once they become champion, they relax, kind of sit in the position and try to enjoy it. But I feel like everything I’ve ever worked for could be lost at any moment. I work harder and harder and harder, because I want to be farther ahead with every fight, and not worrying about these girls catching up to me. Nobody’s easy until after you beat them.”

Whether fans feel that Rousey’s fights are squash matches or not, nearly a million bought the Pay-Per-view main card at UFC 190 to see her face ‘Pitbull’ in Brazil. Her magnetic draw in all countries is now apparent, and her recent dabbles in to the worlds of Hollywood acting and clothing lines is more akin to the life of a pop star or supermodel. ‘Rowdy’ has always broke the mould during her pioneering career in the fight game, which she has often said has only a few years left until expiration.

“I don’t really know. It’s not about amount of time, or matches, it’s the amount of actual fight time. So, I mean, I’ve only actually been inside of the cage fighting for around 25 minutes. Which is like the length of one championship fight if you think about it. So, I mean, I’m thinking about how much stress I’m actually putting on my body. The shorter the fights are, the more there will be.”

So fans of Ronda Rousey will be hoping for a swift finish against ‘The Preacher’s Daughter’ in Melbourne, Australia, where they will headline the massive 70,000 seater Etihad Stadium. It would likely bring more doubt from her ever-present group of retractors, but the positive influence is 10 fold.

With each win her legend and legacy grows, the question now is becoming less ‘Will she retire undefeated?’ and more ‘When?’. With two fights in 2015 tallying less than one minute of octagon time, perhaps we’ll see Rousey fight on for more than her recent three-year forecast.