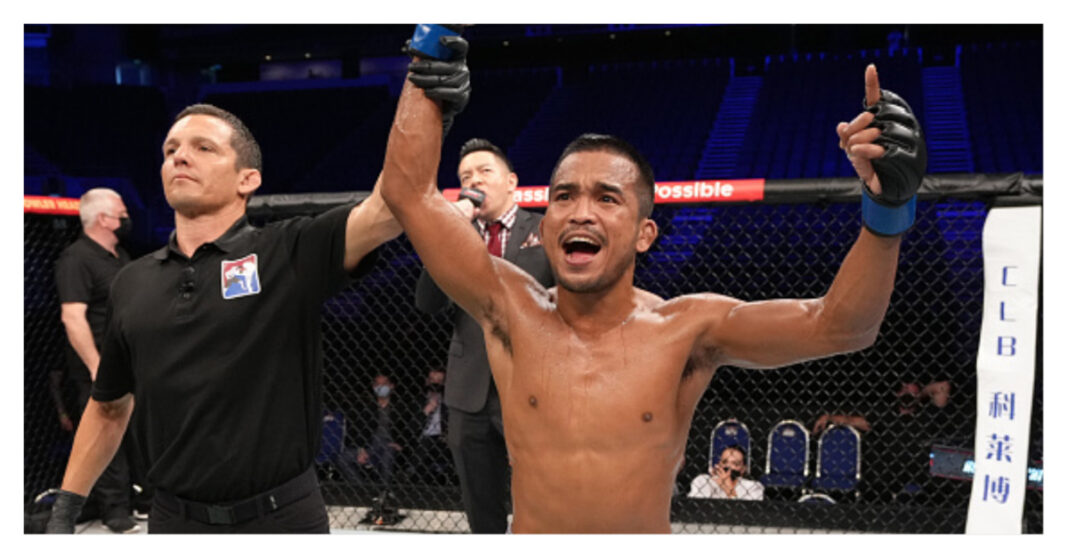 Road to UFC competitor Top Noi Kiwram created a bit of controversy this week when the fighter admitted to smoking a cigarette just moments before his first-round bout against Yuma Horiuchi.

Kiwram moved one step closer to becoming the first fighter from Thailand to sign with the promotion after his win over Horiuchi to advance to the semi-finals of the tournament. In the third episode of the series which aired live from Singapore, Kiwram put on a show for the fans that saw him dance his way to the Octagon. However, what he did before entering the cage is garnering some unwanted attention.

When asked if he smoked a cigarette before his bout, Kiwram confirmed without hesitation. “For sure, I also do every day,” said Kiwram speaking to the media following his bout.

“Why not smoke cigarettes, why not do some bad things in your life? “Why do you care? Who cares? It makes no difference on the 20 or so years of my life. Now I will have a cigarette after this, yes after this press conference I will go and smoke a cigarette.”

Top Noi Kiwram Moves Onto The Road to UFC Semi-Finals

In the first round of their contest, Kiwram showed off his proficient striking skills, knocking down his opponent in the process. Kiwram put on a show in the opening round but found himself fighting off a rear-naked choke attempt from Horiuchi in the second after being dragged down to the canvas.

Top Noi Kiwram won the third handily with his striking and celebrated the victory before the final buzzer sounded. With the victory, Kiwram moves onto the next round of the Road to UFC. At this time no date or matchups have been announced for the semi-final portion of the tournament.