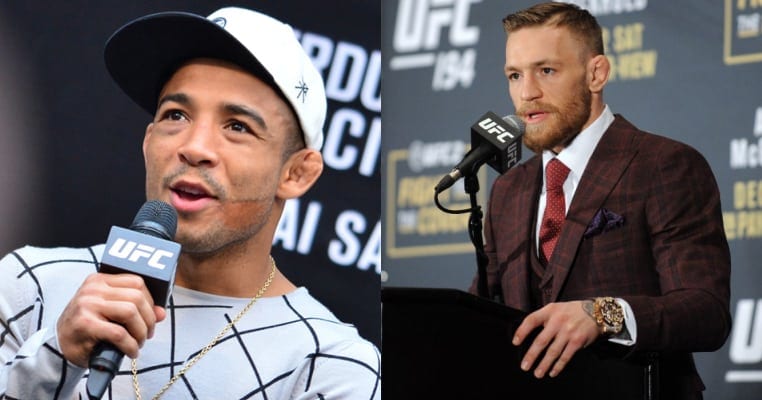 Following a rough end to 2015, Jose Aldo managed to bounce back in 2016, kinda. Having reigned as the undisputed featherweight champion for five years, Aldo came unstuck against Conor McGregor. During a now-infamous 13-second KO loss, ‘Scarface’ fell to the Irishman, but there was far more at play. Speaking out against his employers consistently, Aldo was facing the UFC as well as McGregor on that December night. He would go seven months without a fight, although demanding a rematch with ‘The Notorious,’ coming close to retiring at one point. Here’s the ‘kinda’ part, although he hasn’t rematched McGregor, Aldo is again the ‘undisputed’ champion.

Defeating Frankie Edgar by decision at UFC 200 scored Aldo the interim title. The fact the promotion even made a junior belt was somewhat ridiculous. Debated and lamented as this was, the interim championship would, at the minimum, lead to the unification rematch. Obviously this was not the case, as by year’s end the UFC had created another interim belt at featherweight, and Aldo was bumped up to full champion. Suddenly finding his voice, the Brazilian went on a number of rants aimed at McGregor, the UFC and newly minted junior boss Max Holloway.

Apparently Everyone Is Ducking Jose

According to Jose Aldo‘s coach Andre Pederneiras, pretty much everyone is ducking ‘Scarface’ right now. Allegedly, things got so bad that UFC matchmaker Sean Shelby didn’t know what to tell the two-time featherweight champion. As per Combate:

“Sincerely I don’t know what goes on in (Holloway’s) head. What is happening in UFC today makes us very upset. Holloway, when he accepted the fight with Pettis, both of them knew that the fight was scheduled for February 11th, and both accepted that fight. One or two days later he says that his foot is injured, that he has to take his kid to Disney and that his gym closed. He gave three excuses two days later. It got to the point where I talked with Sean Shelby and he said “I don’t even know what to tell you anymore.”

“Then we made a decision to challenge Khabib (Nurmagomedov), who is the number one in the lightweight division, so we can get McGregor to say “I can’t run away from you anymore.” Because, in Dana’s own words, he didn’t want to accept the fight. “I can’t put a gun on his head and force him to enter.” 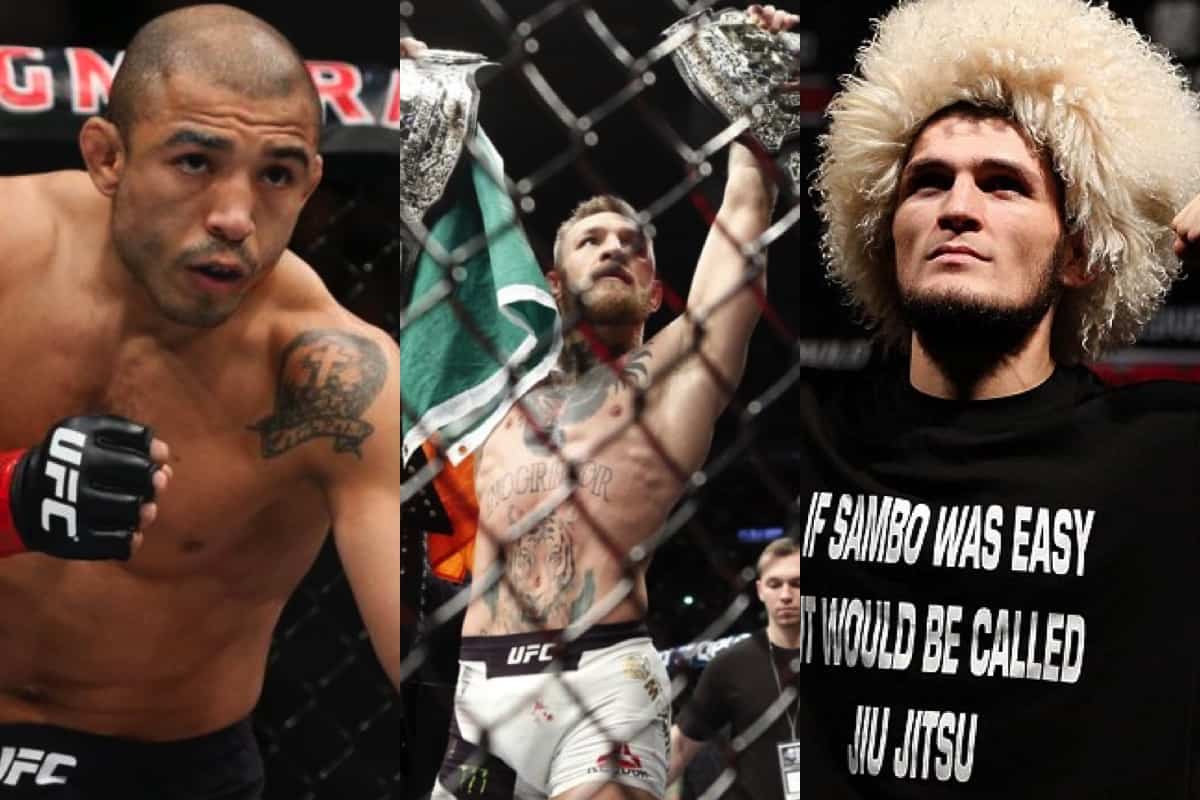 Although currently slated to face each other at UFC 209, there was a time when Khabib Nurmagomedov and Tony Ferguson were linked to Jose Aldo. Pederneiras says that Ferguson in particular was frustrating, as he’d previously said he would cut to 145 to fight Aldo:

“Then there was a refusal by his father (Khabib’s). I understand as a coach, his father is a coach, I think that maybe it wasn’t his moment to fight Aldo now. I don’t see it as fear, truthfully, it wasn’t the moment, just that. Then we went to the number two in the ranking, who challenged Aldo one week before, that he could go down and fight Aldo in his division. We said “OK,” we will fight you who is the number two in the ranking. Then he doesn’t accept either.”

You call the matchmaker and he says: “What’s going on?” The guy comes and tells you: “What the guys are saying in front of the cameras isn’t the same of what they talk in the backstage.” I mean, when things get real it’s all talk. We can’t tell Conor “You’ll fight.” The guy doesn’t want to go down (in weight), OK, Aldo goes up and fights him. “But Conor doesn’t want it”. I mean, there is a lot of people saying but we don’t know where it goes. They offered us a fight with Cub Swanson that doesn’t make any sense. “Oh, if Aldo doesn’t want to be inactive he fights Cub Swanson”. Dude, what am I going to do with Cub Swanson? It isn’t like “after him, you get the fight”, no, it’s not him. They are offering us anyone to make the fight.”