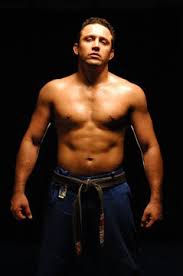 As was reported yesterday, Renzo Gracie – member of the legendary Gracie family of Brazilian jiu jitsu masters, and coach to UFC middleweight champion Chris Weidman – was arrested in Manhattan on Monday, after being involved in an altercation with the door staff of the 1-Oak nightclub.

According to eyewitness testimony, the former MMA fighter, along with his cousin Igor Gracie and five other men, showed up at the fashionable establishment at 1:30 in the morning. Upon arriving at the club, the group made their way to the front of a line of customers and began to engage the club’s door staff. Shortly thereafter, a fight broke out between Gracie’s entourage and the 1-Oak bouncers.

During the exchange, Renzo Gracie reportedly took one of the bouncers down and had him in a full-mount in the middle of the street, while his cousin (Igor) was hitting another one of the club’s staff with a (orange) traffic cone; no account was given for the actions of the other five members of Gracie’s troop.

The net result of the melee was that one of the club’s bouncers sustained a broken arm and was subsequently transported to the hospital in need of medical attention. It’s unclear as to whether or not the staff member in question was the same one that Renzo Gracie was fighting with.

In response to the disturbance, the police arrested all seven members of Gracie’s crew and packed them off to jail.

Today, as confirmed by FOXSports.com, fans are learning that those arrested have all been charged with ‘gang assault,’ with Renzo and Igor Gracie being hit with the charge in the second degree. The accused were arraigned in criminal court on Monday night and released on a $10,000 bail.

Gang assault in the State of New York is defined as being an action committed by two or more individuals, and one that results in physical injury to the victim. In the second degree, the charge can carry a penalty of up to 15 years in prison.

As to what started it all, there’s been no word. However, what is known is that 1-Oak is in the same neighborhood as Renzo Gracie’s gym and resultantly, it could well be one of his regular watering holes. As such, Gracie may have thought that his patronage of the nightclub – and possibly his notoriety as Chris Weidman’s coach – gave him license to poll its door staff as to their willingness to let his group by-pass the line-up.

No matter how it came to pass, it’s hard to see how this will go well for Gracie. As he is a trained professional fighter – one who should know better than to engage in these types of street skirmishes – and given that he was acting in concert with others, and that an employee of 1-Oak received a broken arm, there’s a good chance that Gracie could do some jail time over the incident.

Short of Gracie or any member of his party demonstrating that the club’s staff attacked them, they would appear to be on the wrong side of the law on this one.