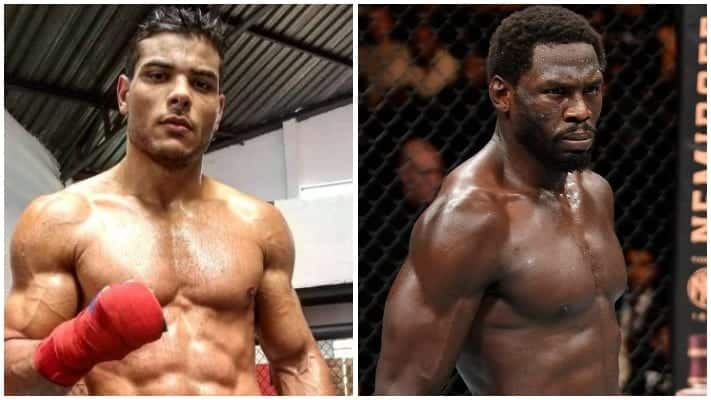 An exciting middleweight match-up between two of the division’s top contenders is set to take place on August 21.

Paulo Costa will headline opposite Jared Cannonier at a location and venue yet to be revealed.

Brett Okamoto of ESPN broke news of the fight on social media yesterday.

‘Borrachinha’ was dominated by Israel Adesanya who picked up an impressive, second round TKO win over Costa at UFC 253.

Prior to that fight, Costa had a perfect record in MMA. The Brazilian knockout artist had won 13 straight fights since turning pro in 2012 and beat the likes of Yoel Romero, Uriah Hall, and Johny Hendricks on his rise to the top.

Costa was recently booked to fight Robert Whittaker on April 17. ‘Borrachinha’ was forced out of the bout due to a severe case of the flu. ‘The Reaper’ remained on the card and cemented his position as the middleweight number one contender with a dominant performance over five rounds against Kelvin Gastelum.

Prior to that fight Whittaker beat Cannonier at UFC 254. ‘The Killa Gorilla’ put together a three-fight win streak before his latest loss, beating the likes of Anderson Silva and Jack Hermansson.

Since losing against Whittaker, Cannonier has undergone surgery on his left arm. He now appears to be fully healed and ready to go to war in another big fight on August 25.

Check out how the August 25 fight card looks so far below.

Who are you backing in this fight? Paulo Costa or Jared Cannonier?