LowKickMMA.com
Home Bellator News Patricio Freire: “If A.J. McKee wants a trilogy fight, it has to... 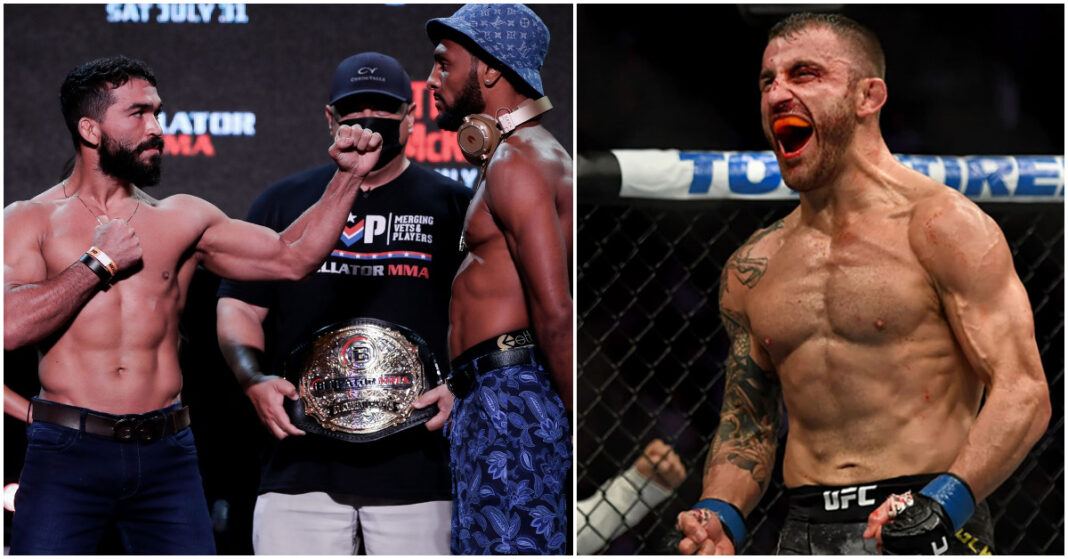 After an eight-month break from his last bout, Patricio Freire won the featherweight belt back from A.J. McKee with no plans to relinquish it again in the near future.

In July 2021, Patricio Freire lost his featherweight strap to A.J. McKee by submission via a guillotine choke. This past Friday, Freire avenged his loss to McKee and reclaimed his championship belt via unanimous decision at Bellator 277. ‘Pitbull’ was a considerable underdog going into the fight and managed to hand McKee the first loss of his professional career.

Both fighters put on a show for the fans in a closely-contested affair that ultimately saw Freire get his hand raised. Freire scored 49-46 on one judge’s scorecard while he got a pair of 48-47 from the other two judges.

At Bellator 277 post-fight news conference, Patricio Freire said, “MMA is a tough sport. To be defeated is normal. I don’t like it. Nobody likes it. I just went home, trained harder and smarter, and came back. That’s it: Focus.”

What’s next for Patricio Freire?

With the rivalry between Patricio Freire and A.J. McKee tied at one and one, many speculated a trilogy bout will be on the cards next. McKee stated that he would only consider the third fight with Freire if it happens at lightweight since he intends to move up to that division.

Freire made his feelings clear about staying at the 145-pound division which is the only weight class he’s willing to give a shot at the title to McKee.

“He’s tough – he’s very good. But the king is here,” Freire told MMA Junkie. “The featherweight division is my division. I fought at lightweight (before) because of Michael Chandler (and our rivalry). My brother has the belt (at lightweight). I don’t care about that division. If he wants to fight me again, he has to come to featherweight. That’s it.”

While there are fighters like Adam Borics and former McKee teammate Aaron Pico for Freire to compete with at lightweight, he called for a cross-promotion match with the UFC against their featherweight champion Alexander Volkanovski.

“If Dana White has some balls, let’s put champion vs. champion. That’s my goal,” Freire said. “(But) I don’t care who’s next. I’m going to kick all their asses.”

Would you like to see Patricio Freire fight Alexander Volkanovski?