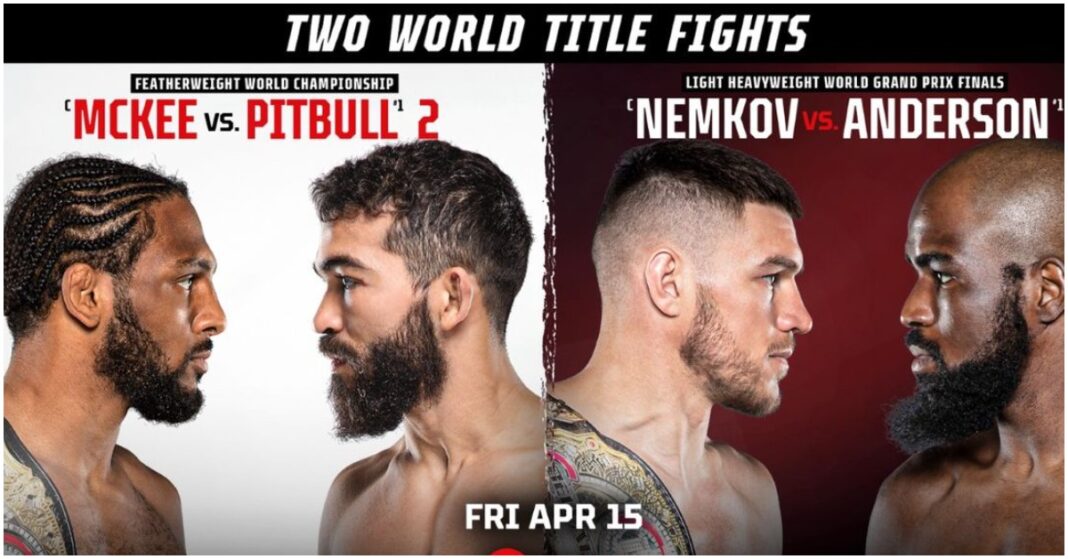 Lowkick MMA will be bringing you LIVE Bellator 277: AJ McKee vs. Patricio Pitbull 2 results throughout the night (Fri. Apr. 15, 2022) from the SAP Center in San Jose, CA.

The main event of the night will be a rematch between two of the top featherweights in the world, Champion AJ Mckee and #1 ranked Patricio Pitbull.
Ten months removed from a contest that shockingly ended in under two minutes when AJ Mckee rocked and then submitted Patricio Pitbull at Bellator 263, the rematch is set for two of the most polarizing fighters in the promotion.

Pitbull has previously held the featherweight title twice and looks eager to regain the gold he lost back in July. He also boasts an impressive seven title defenses and two Bellator tournament victories. Mckee, however, is making his own case to be one of the Bellator greats. Getting his professional start in Bellator, Mckee has accumulated an imposing professional MMA record of 18-0.

Results: Ruled a No Contest after Doctor Stoppage in Round 3