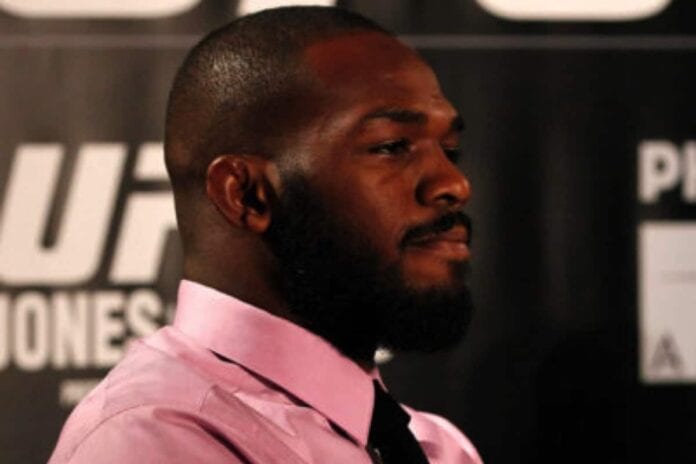 The NSAC suspended and fined Khabib Nurmagomedov and Conor McGregor at today’s hearing from Las Vegas. Now it’s time for Jon Jones to face his own time before the commission.

Jones tested positive for a metabolite of oral steroid turinabol, the same steroid he tested positive for during UFC 214 in 2017, in multiple drug tests last year. The amount was so minuscule that USADA chose not to sanction Jones. They cited the view that it was a residual amount from previous use.

However, the NSAC wasn’t quite as sure. With no time to convene an emergency hearing before Jones’ return at December 29’s UFC 232, Nevada chose not to license Jones. The event was moved to Los Angeles, Calif., at the last minute as a result. Jones defeated Alexander Gustafsson in the main event and regained his UFC light heavyweight title.

However, he still had to face some sort of music from the NSAC today. Unlike Khabib and McGregor, Jones appeared in person. The hearing started with NSAC chairman Anthony Marnell saying that he had seen a lot, but had never quite seen this exact scenario before.

When given the chance to speak, Jones reiterated that he had never knowingly taken oral . The commission still appeared somewhat dumbfounded as to what to do in this unique situation. Dr. Daniel Eichner then appeared to discuss the more scientific aspects of the case. Elchner said he saw no evidence of of oral by Jones after July 28th, 2017. That was the day of the UFC 214 weigh-ins where he tested positive.

Ultimately, after a long period of scientific discussion, the NSAC granted Jones a one-fight license to fight Anthony Smith in the main event of March 2’s UFC 235 from Las Vegas. Chairman Marnell said Jones’ license was contingent upon him continuing his rigorous drug testing with USADA and VADA. That meant at least two drug tests a month, with the program continuing for a year. Marnell said they needed a year of results to understand the strange situation.

Marnell also “ventured to say” Jones would be tested more than two times a month leading up to UFC 235. The card is in just over a month. He stated that if Jones did not continue rigorous testing, he would most likely not be licensed in Nevada again.

So the saga of Jon Jones and his peculiar drug test results rages on. He can fight for now, but don’t think this is the last we’ve heard of it. It most certainly isn’t.