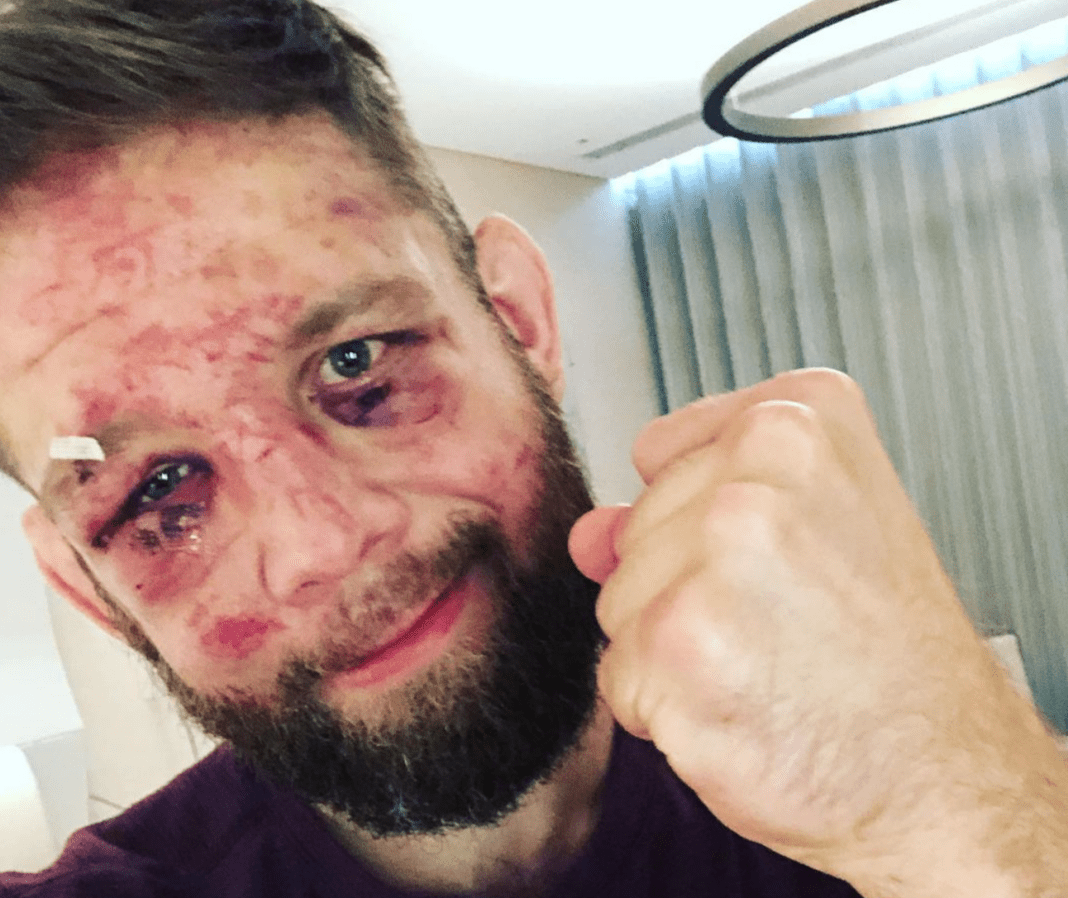 Nik Lentz has officially called it a day.

Lentz announced his retirement on social media soon after his split decision defeat to Movsar Evloev in their catchweight bout at UFC 257 last night.

Lentz notably absorbed a lot of damage during the fight including a bloodied right eye. And having lost a good portion of his vision following an eye poke suffered last year against Arnold Allen, the veteran wanted to see if he would be able to compete one last time.

It turned out not to be the case.

“They say don’t make rash decisions after a loss, but this one is not rash or even quick for that matter. The injury I suffered to my eyes last year was a career ender. In total I lost about 40% of my vision, but I wanted to see what one more hard fought battle was like with the new eyes. It was clear to me last night that it’s impossible for me to compete at this level anymore. I just can’t lock on to a moving target like I should, and with 40% of my vision practically gone… it’s chaotic to the least 🤣

“My life as fighter in the best organization on the planet ends here. I am not sad or upset by it, the day comes for everyone. I stand with my head high, God as my redeemer and my children and wife as my treasure. Fighting gave those treasures and only ask for a little vision as payment. A trade I would make 100% of the time.

“Thank you to my fans, my coaches, my family and everyone who has been a part of this process. Who knows what comes next for The Carny…. but I can tell you what it’s not. Love, The Carny 🎡 👊🏼 @UFC#UFC257”

He holds wins over the likes of Gray Maynard, Will Brooks and Danny Castillo to name a few.

What do you make of Lentz’s retirement?