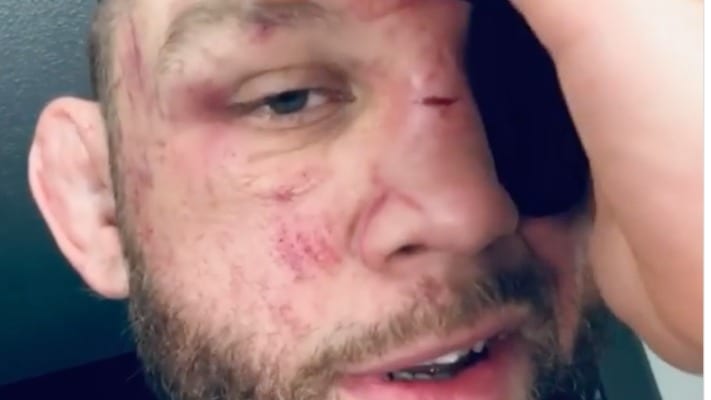 Lentz suffered his second loss in a row after getting outpointed by Arnold Allen at UFC Raleigh on Saturday night. The 35-year-old absorbed a lot of damage during the fight, but what damaged him the most was an eye poke from Allen towards the end of the second round.

On Sunday, Lentz revealed the extent of his injury stemming from that eye poke. Wearing a patch on his left eye, Lentz removed it to reveal it being shut tight. He opened it slightly and showed what was a bloodshot eye.

In the Instagram caption, Lentz revealed he had a few cuts on his cornea.

“Hey everyone, Judges and sh*ts refs aside….. I’m doing alright besides having a few cuts on my cornea from eye gouges. Freaking ref didn’t even give me a second. Fought rest of the fight seeing triple. See a specialist in Florida when I get home. Hopefully will not need surgery or anything. Thanks to everyone who supports me. Can’t wait to be home and see my Family and kids.”

Hopefully, Lentz’s eye recovers without any need for surgery.

What did you think of his injury?