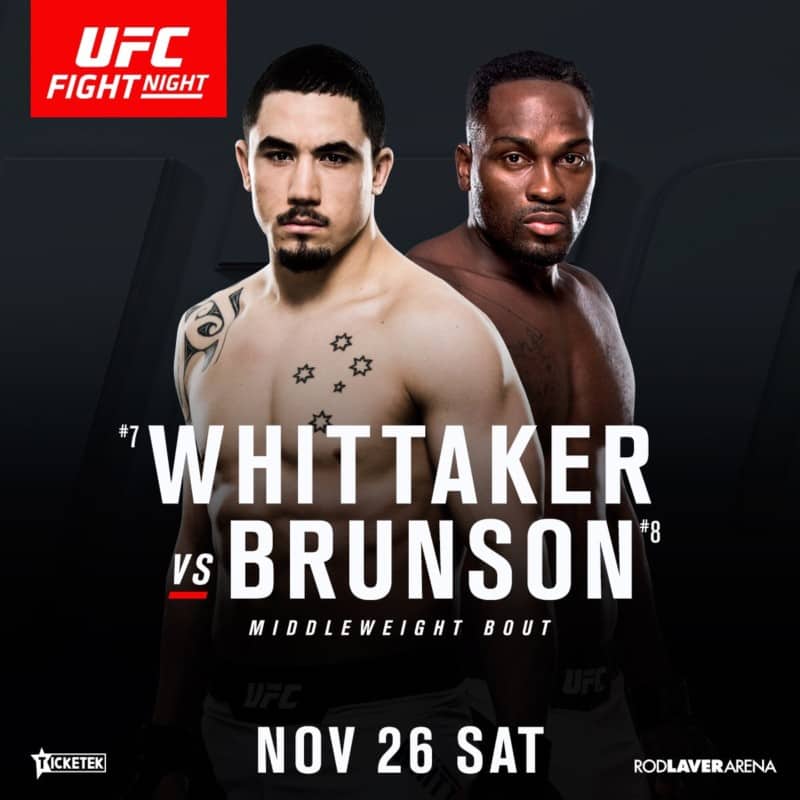 As we noted earlier on the site, Luke Rockhold pulled out of his scheduled middleweight bout with Ronaldo Souza due to an undisclosed injury. This was supposed to be the main event of UFC Fight Night 101.

The UFC announced on Wednesday morning that the original co-main event bout between Derek Brunson and Robert Whittaker will now be moved to the main event. Andrew Holbrook vs. Jake Matthews will be the new co-main event of UFC Fight Night 101.

“It’s not a problem,” Whittaker told UFC.com. “I always train for the long fights anyway. “I think I’m making a case for my title shot every time I step in that Octagon,” Sydney’s Whittaker said. “That’s my mentality going into these fights. I go in there with the idea to bring excitement, to show that I’m legit about how I do this. “I think this fight is the set-up for title contention,” Whittaker said. “I think either one of us could be fighting for a title and this is almost like the title fight. It’s two dudes who have the ability to get to the top, and this is gonna be very exciting.”