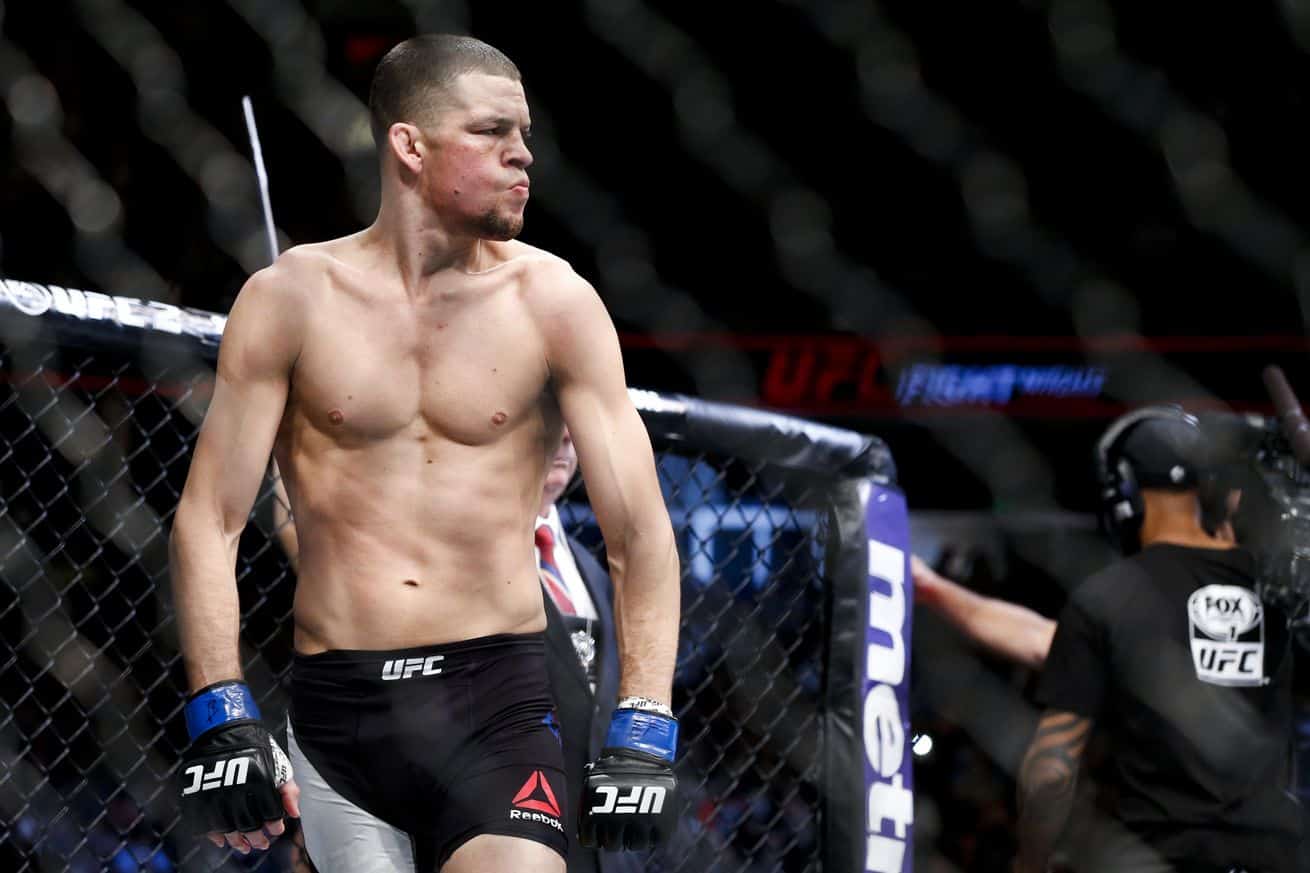 Nate Diaz is finally making his return to the Octagon under the UFC banner after a lengthy layoff, and his opponent will not be an easy one as he is set to meet Dustin Poirier in a lightweight showdown at the upcoming UFC 230 pay-per-view event.

The news was broken once the Los Angeles Times reported the matchup on late Thursday night (August 2, 2018). Although the UFC has yet to make the fight official, it’s expected to be revealed at Friday at a press conference in Los Angeles where they will also be announcing other fights that will be coming up in the later part of the year.

As seen in the main event of UFC on FOX 30 event (July 28, 2018) at the Scotiabank Saddledome in Calgary, Alberta, Canada that aired on big FOX, Poirier was able to score a second round stoppage victory over former UFC lightweight champion Eddie Alvarez, which marked his third straight win inside of the Octagon as he holds victories over Anthony Pettis and Justin Gaethje.

Diaz has not been seen in the Octagon since his rematch with Conor McGregor back at UFC 202 when he suffered a majority decision loss which came five months after Diaz submitted McGregor in their first bout at UFC 196. Since then, Diaz has been biding his time since a third bout has been off the table with McGregor, but now, he’s ready to fight once again.

The promotion will be announcing more bouts in the coming weeks but for now, here’s the updated card: