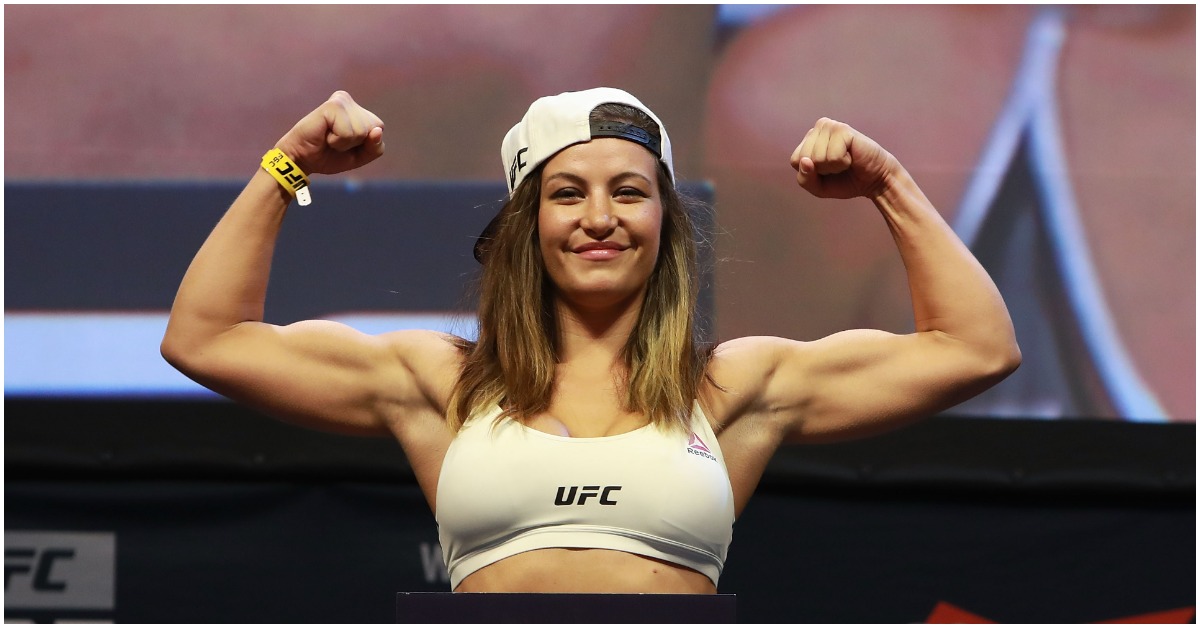 Miesha Tate has announced she will be joining Celebrity Big Brother this year set to debut on February 2nd.

The former bantamweight champion was revealed in the trailer for the new season which will air live on CBS and is available to stream on Paramount+. Tate isn’t the first fighter to join the program with Chuck Liddell making an appearance in 2018.

Inside the octagon, it is believed Tate is scheduled to take on Lauren Murphy at UFC Fight Night on May 14th. Tate will be making the switch to Flyweight ahead of this matchup after spending her career competing at 135 pounds.

Tate will join a cast including NBA champion Lamar Odom and Olympic medallist Mirai Nagasu, as well as a host of names from the entertainment industry.

Tate is making the drop to flyweight following Julianna Pena’s successful title acquisition at UFC 269, let’s look at the success Tate has already had during her career.

Tate’s time in the sport started very well, winning five of her first six matchups. In her next bout, she would fall to Ronda Rousey via submission. Tate would bounce back with a victory over Julie Kedzie before losing two fights consecutively against Cat Zingano and in a rematch against Rousey for the bantamweight strap, but ‘cupcake’ would fall short in both.

Tate would come back even stronger following this two-fight skid, winning her next four fights in a row to earn herself a second shot at the bantamweight title. Tate would make this shot count as she sunk in a rear-naked choke against Holly Holm late into the 5th round to secure herself the title.

A loss to Amanda Nunes in her first defence, followed up by a loss to Raquel Pennington would see Tate step away from the sport calling it time on her career. However, Tate would make her return last year beating Marion Reneau via TKO after nearly five years away.

Tate fell short in her next bout against Ketlen Viera and will now look to make the cut down to 125 pounds but there is no denying the success she found during the earlier stages of her career in this division.

How do you think Miesha Tate will do in her debut at flyweight?