LowKickMMA.com
Home Global MMA Michael Chandler Speaks On The Financial Implications Of Trading In His Bellator... 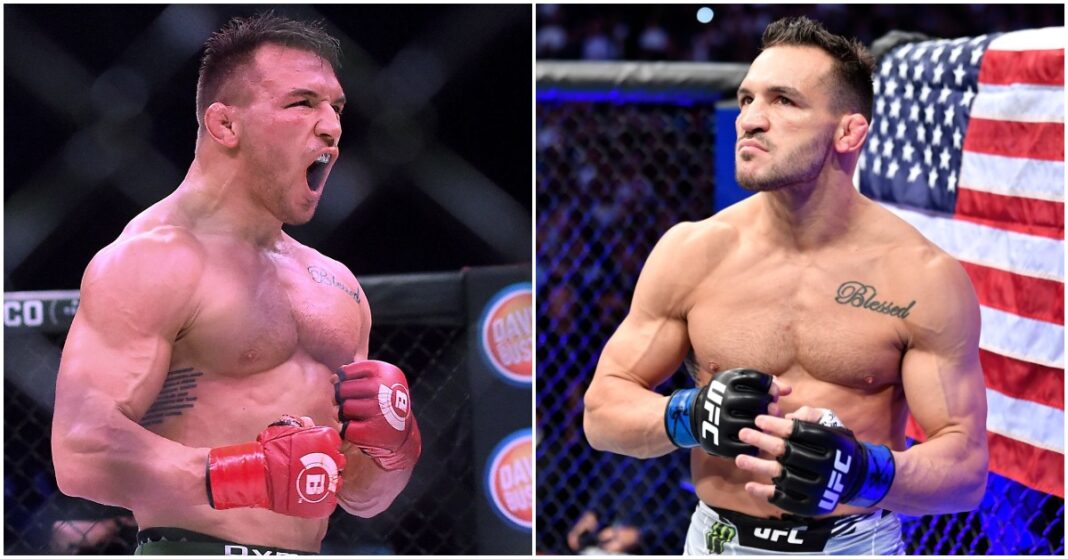 Michael Chandler recently opened up about his jump from Bellator MMA to the UFC in 2020.

Chandler (23-7-0) debuted under the Bellator banner in October 2010 at Bellator 31. After 10 years and three lightweight world title reigns with the promotion, Chandler made the leap to the Octagon and debuted in spectacular fashion with a first-round knockout of Dan Hooker at UFC 257.

Chandler followed up his debut with back-to-back losses against Charles Oliveira and Justin Gaethje. Despite coming up short in two straight bouts, Chandler immediately became a fan favorite for his full-throttle style of combat.

‘Iron’ earned his way back into the win column at UFC 274 with a crowd-pleasing front kick knockout of fan-favorite Tony Ferguson, a KO that was immediately dubbed the knockout of the year by fans and fighters.

During an appearance on the ‘How U Livin J Piven’ podcast, Michael Chandler took time to discuss his transition from Bellator to the UFC and how it has affected him financially and personally.

“What I’ve been able to do is — once again, going back to my reputation, I have been a smaller name, I may have been a guy who was overlooked, I may have been a guy who (people) said, ‘Well, he’s not that legitimate ’cause he fights in Bellator,’ but one thing I always did, was I kept a really good reputation. I kept my nose clean, I stayed out of the negative headlines, I was always in the positive headlines, and then my fights spoke for themselves. I was an entertainer.”

Chandler also discussed the significant increase in exposure he has received since joining the promotion.

“It all kinda just built this long-standing résumé for when I did come over to the UFC to be the co-main event on Conor (McGregor) vs. (Dustin) Poirier—almost two million pay-per-view buys, and then I was the main event for a world title fight, and then I was on another huge pay-per-view.

“The amount of eyeballs that I’ve been given and afforded by the UFC coincided with this great reputation of being a hard worker, being a man of integrity, being a hard-nosed fighter, being a fighter, a father, a husband. It just meshed perfectly, and I’ve been able to make a lot of money outside the cage and have some great relationships with some great companies and some great people.”

While he may not make more money on paper, it is clear that the increase in exposure since joining the UFC has positively impacted ‘Iron’ Michael Chandler’s life, allowing him to reach a larger fan base and in turn, create more opportunities for financial success outside of the cage.

After his stunning knocking at UFC 274, who would you like to see Michael Chandler square off with next?