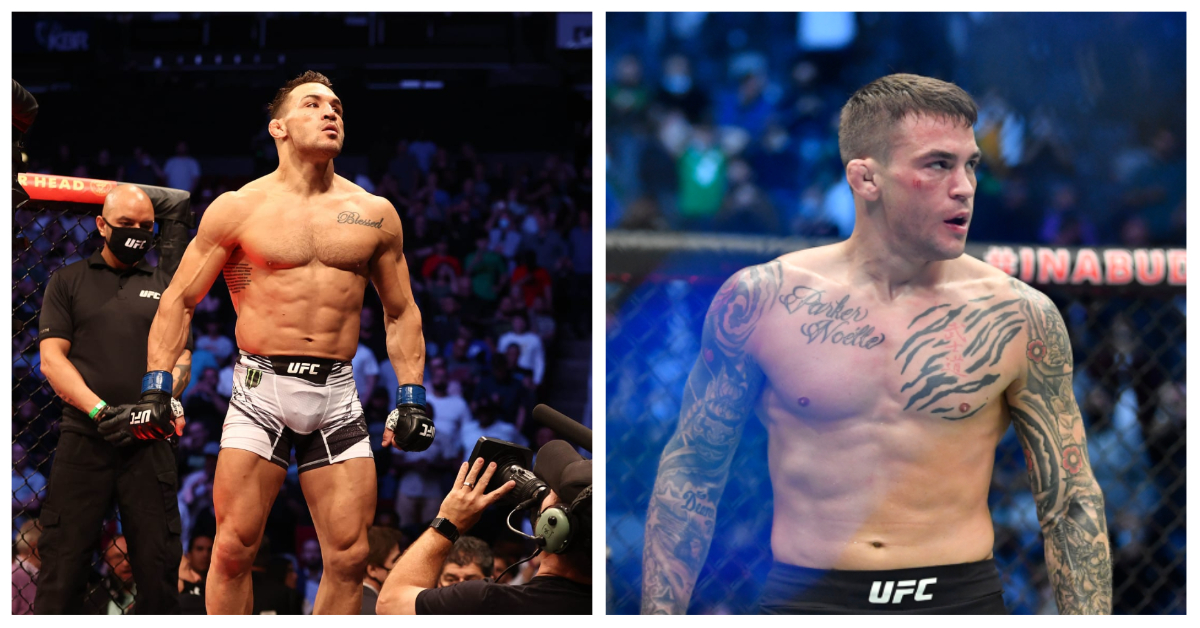 Michael Chandler believes Poirier is more emotionally invested and has “ill-will” towards him, which will cause Poirier to run into a big knockout blow.

Earlier this month, Chandler and Poirier needed to be separated by security at UFC 276, which has got the MMA community even more excited about a potential match between the two top Lightweights.

However, fight fans may need to pump the brakes a little, as Michael Chandler was less than impressed with Poirier’s behavior. In a post-fight presser, he said “that’s the opposite way to get a fight with me.”

Despite claiming that he has not lost a “minute of sleep thinking about Dustin Poirier,” Chandler knows that he and Poirier are the only two top 5 Lightweights who aren’t booked for a fight right now. So, a matchup between him and Poirier makes sense, but Chandler has his eyes set on a bigger prize.

“UFC gold will be mine and if Dustin Poirier is next to get to that, so be it,” Chandler said.

Michael Chandler had his shot at the UFC gold in May 2021, when he fought Charles Oliveira for the vacant Lightweight title. He came extremely close to having the belt wrapped around his waist as he hurt Oliveira multiple times in the first round. However, he would lose the title fight in the 2nd round, and since then, he’s determined to get back to the top.

Meanwhile, Dustin Poirier has a similar story as well, as he too came up short of achieving his title dream at the hands of Oliveira in December 2021.

Chandler teased a fight announcement soon during the press conference as he said, “I think you’re going to hear some fight news pretty soon and it could be me and Dustin Poirier.”

A lot of signs point toward this potential fight next, so we’ll just have to wait and see when and where the two match up, as whenever that is, the fight will be a barn burner for however long it lasts.