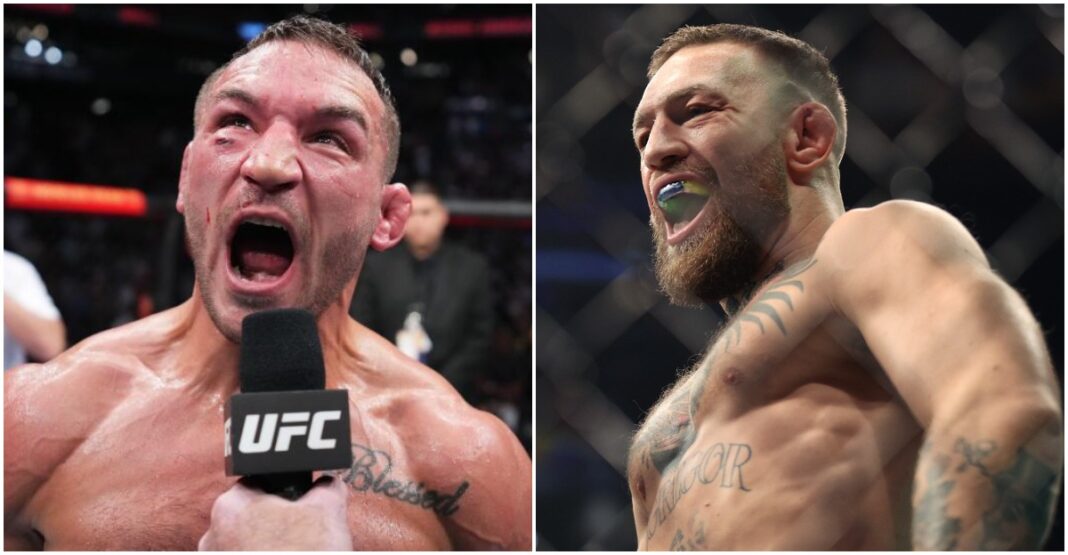 The UFC’s newest highlight reel phenomenon, Michael Chandler, made his next move clear with the intention of securing a legacy fight with Conor McGregor.

After knocking Tony Ferguson out cold at UFC 274 with a front-kick for the ages, Chandler took the opportunity in his post-fight interview to cut an excellent promo calling out the Irishman upon his return to the Octagon.

The former Bellator champion followed it up on ESPN’s UFC 274 post-show giving viewers an explanation of why he wants to compete against McGregor. Despite having his eyes set on McGregor, Chandler stated his goal is still to become UFC lightweight champion and challenge Charles Oliveria for the second time.

Michael Chandler remained respectful of McGregor’s accomplishments and his overall skills as a fellow competitor. Although the former double champion is known for his trash-talk, inside and outside the Octagon, Chandler has no intention of engaging in the talk in an attempt to gain the fight.

“We respect each other. I don’t need to talk trash about the guy to want to go out there and beat him. I think it’s in poor taste, and I think a lot of people can take some notes from that.”

In his post-fight call out of McGregor, while being interviewed by Joe Rogan, Chandler yelled he wanted to meet McGregor at 170lbs and justified why that’s the case.

“155lbs is no easy task for me. We’ve all seen the photos of Conor. He’s looking beefy. He’s looking big. Like I said, I want to up the stakes. I want him at his biggest, his best, and at his most dangerous at 170lbs. 170lbs will be nice and easy, nice and easy to make.”

Chandler’s knockout over Ferguson sees him stand at (2-2) under his short time with the promotion. The 36-year-old has certainly backed up his statement: “I’m here for a good time, not a long time”, with four extremely memorable fights.

Will Michael Chandler get the legacy fight with Conor McGregor next? Let us know your thoughts!