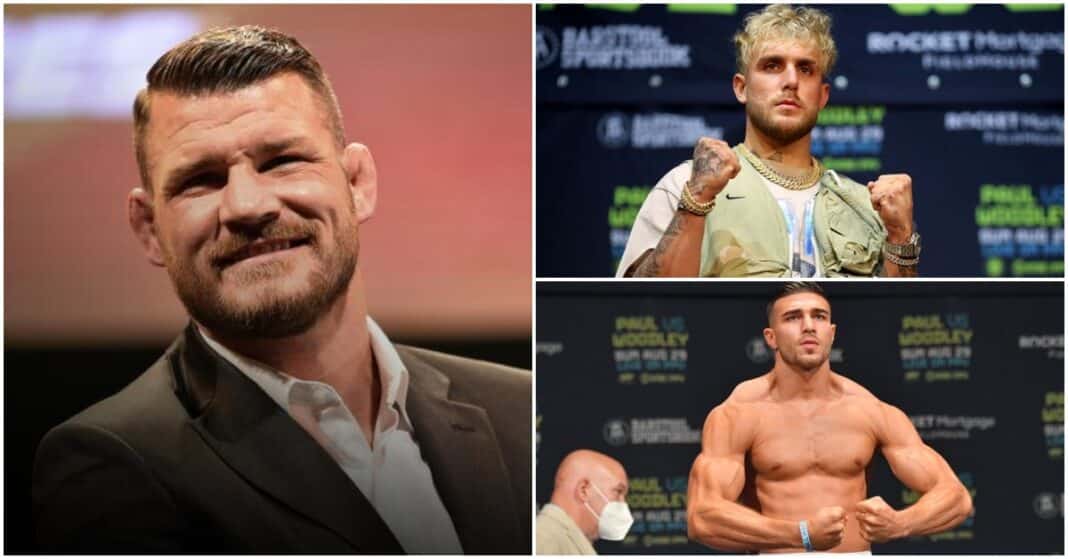 On one of his latest YouTube, Michael Bisping has issued a warning to fellow Brit, Tommy Fury, ahead of his December 19th bout against Jake Paul as he predicts a Paul Victory.

After months of verbal sparring, it has been announced that Jake Paul will be taking on Tommy Fury later on this year. The bout had picked up interest from fans and but after Fury fought on the undercard of Paul’s fight with Tyron Woodley in August the fight seemed inevitable.

With any Paul fight comes the circus he brings. Before the two had even been seated at a press conference, an oddity has already made its way into the storyline. After some tit-for-tat over social media, a stipulation has supposedly been added to the contract. If Tommy Fury wins he will receive an additional $500,000 but if he loses he will have to legally change his name to Tommy ‘Fumbles’.

Paul has drawn criticism since his entrance into boxing, whether it be for the things he says or his level of opponents but has shown true dedication to the sport. Although he has never beaten a ‘real boxer’, Paul’s latest win over former UFC champion Woodley is impressive for someone with as little experience as Paul. Since turning to the pro ranks in 2018 after just 10 amateur bouts, Fury’s level of opposition has been lackluster. Through seven professional fights, Fury’s opposition has had a combined record of 14-175.

“Listen, Jake Paul isn’t just a YouTuber. He’s a boxer,” Bisping said. “He used to be a YouTuber, probably still is one, but he’s also a boxer. Just because you discover your love for the sweet science later in life doesn’t mean you have to be labelled a YouTuber your entire life. The reality is Jake Paul is doing a lot of great things in the boxing world, bringing a lot of attention and eyes to the boxing world.

Although Paul receives a huge amount of criticism, he has shown he has a decent level of boxing and knockout power. Fury’s level of opposition has been poor but this is common practice in boxing when bringing a prospect up the ranks especially one of his age. Fury’s last performance was far from his best but he has shown in the past that he has good boxing ability.

Whether you love it or hate it the fight will bring a buzz, from the press conferences to head-to-heads or the actual fight itself expect to see it all over your social media.

Do you agree with Michael Bisping? Will Jake Paul beat Tommy Fury?