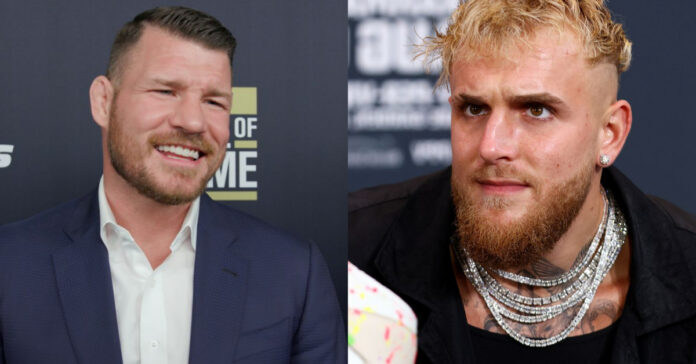 Michael Bisping believes Jake Paul might be out of his depth for taking a fight with Anderson Silva.

Internet sensation Paul made headlines earlier this week after confirming the rumored news of his upcoming boxing match with MMA legend Anderson Silva. For his sixth outing as a combat sports athlete, “The Problem Child” will take to the ring against Silva on Oct. 29 in Phoenix, Arizona.

Michael Bisping cautions Jake Paul for Anderson Silva fight: ‘This might blow up & backfire in his f**king face’

In a recent video uploaded to his YouTube channel, “The Count” shared his thoughts on the upcoming crossover megafight. He believes Paul may not fully understand the risk he will be taking and gave him a distressing reality check.

“He probably thinks he has no power, he’s gonna find out that isn’t the case,” Bisping said (ht Give Me Sport). “Anderson when you look at him seems kind of weak and skinny, he’s very strong, he’s way bigger in person than what you think he is.”

“This might be a gamble. The reason Jake has took this is because of the name value, and because it will sell. It should sell, it’s not guaranteed, because Anderson isn’t who he used to be. But he thinks this is the formula he’s had all along. I think Jake thinks this ticks all those boxes, but this might blow up and backfire in his f***ing face.”

His take on Paul’s upcoming matchup may seem harsh, but as someone who has shared the octagon with Silva, Paul would be better off paying attention to his words.

Michael Bisping stood toe-to-toe with the legendary Silva in Feb. 2016. “The Spider” almost knocked out Bisping with a flying knee that appeared to land after the buzzer. However, “The Count” was determined and recovered to score a unanimous decision victory.

Do you agree with Michael Bisping about the Jake Paul vs. Anderson Silva fight?