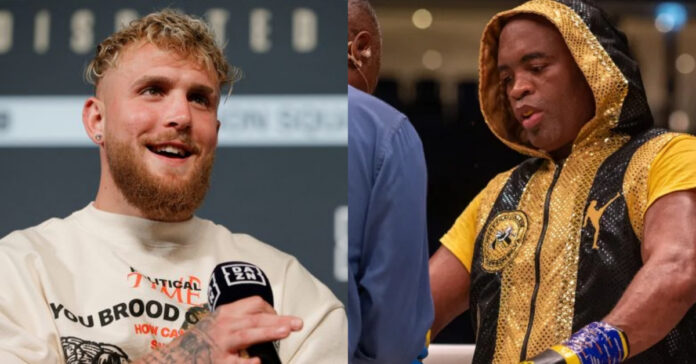 Jake Paul has confirmed he will be taking on mixed martial arts legend Anderson Silva in his next fight.

Paul will face his toughest test to date against the former UFC middleweight champion, renowned for his prolific striking abilities. After having his previous two opponents, Tommy Fury and Hasim Rahman Jr., fall out of their scheduled contests, Paul drew Silva for only his sixth boxing match.

There were rumors of a potential showdown between Paul and Silva. “The Spider” added fuel to the fire by receiving a boxing license from the Arizona State Boxing and Mixed Martial Arts Commission to fight in the state of Arizona.

Jake Paul confirmed the match was on and made the official announcement in a tweet on Sep. 6.

“My toughest test yet,” Paul wrote. “I respect the legend, but he must be exterminated. @MostVpromotions presents #PaulSilva from Phoenix, AZ @GilaRiverArena SAT OCT 29th live on Showtime PPV @ShowtimeBoxing.”

He also added a translation of the same message in Portuguese, the native language of Silva.

Silva goes into the matchup with a pro boxing record of 2-0, defeating Bruno Machado handily in his latest outing. He has also beaten the former world champion Julio Cesar Chavez Jr. While Paul may be more popular in the mainstream, he has not fought anyone of Silva’s caliber, competing against retired mixed martial artists long after their primes.

The YouTube sensation-turned-boxer Paul is a hard hitter and has displayed his knockout power with finishes over former MMA champions Ben Askren, and Tyron Woodley, and another highlight-reel win over Nate Robinson.

Who do you think will win the highly anticipated boxing match, Jake Paul or Anderson Silva?