LowKickMMA.com
Home UFC News Max Holloway Out Of UFC Vegas 31 Against Yair Rodriguez Due To... 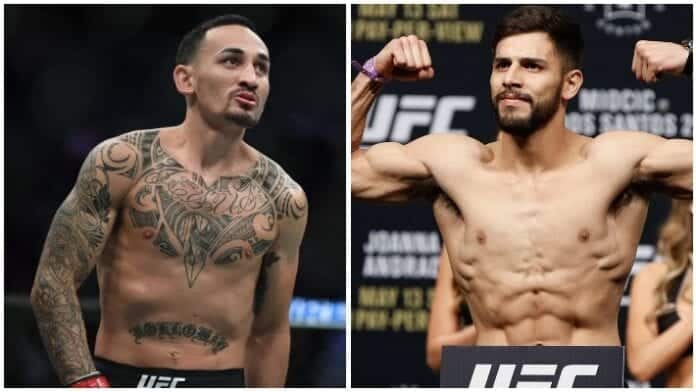 The UFC must scrap the presumed featherweight contender bout scheduled for UFC Vegas 31 between Max Holloway (#1) and Yair Rodriguez (#3).

ESPN has reported that Max Holloway has pulled out of the fight due to an undisclosed injury. Sources state the UFC will look to reschedule the fight instead of seeking a last-minute replacement. This is likely due to the nature and importance of the matchup.

Holloway, the former featherweight champion, is coming into this fight riding high. In his last outing, he put on a masterful, record-breaking performance against Calvin Kattar. He was sending a message to Volkanovski and the rest of the division that he plans to recapture featherweight gold. And because of this, all eyes in the MMA world focused on the upcoming matchup with Rodriquez.

Likely disappointed in the delay, Rodriguez is wise to wait for the fight to be rescheduled. Rodriquez has been on a tear since joining the promotion after a stint on TUF Latin America Season 1. His only loss in the UFC is to former lightweight king Frankie Edgar. A victory over Holloway will all but guarantee him a title shot and the opportunity to become the second Mexican-born UFC champion.

The UFC is now in a precarious position. The current card for UFC Vegas 31 doesn’t seem to have a readily available headliner amongst the scheduled fights. Miesha Tate vs. Marion Reneau or Islam Makhachev vs. Thiago Moises could potentially fill the void. However, it’s unclear if the promotion feels that either fight has the fan appeal to headline the event.

With so many other fighters voicing their availability at a moment’s notice, we will have to wait and see if a completely new fight gets booked to headline the event or if something further down the current card becomes the main event.

What fight would you like to see the UFC replace Max Holloway vs. Yair Rodriguez as the main event of UFC Vegas 31?