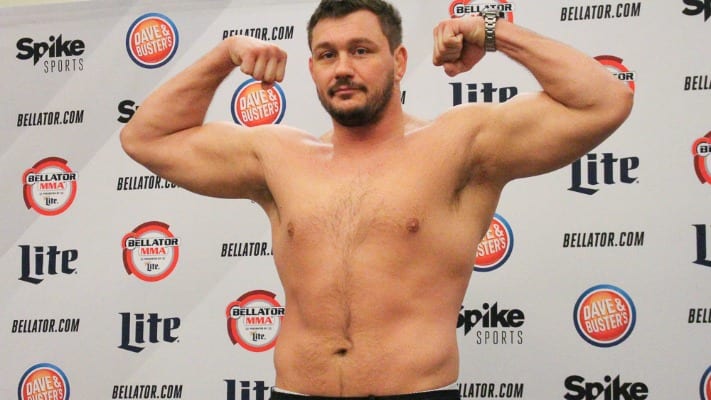 There has recently been a ton of speculation about the future of the UFC’s longtime reality television tournament series, “The Ultimate Fighter.”

However, UFC President Dana White claims that the show will continue moving forward after the Las Vegas-based promotion’s ESPN broadcast deal. He went as far as calling the series the hardest thing a mixed martial artist can do. Show alumnus and Bellator heavyweight Matt Mitrione can attest to that.

He took part in one of the show’s best seasons, “The Ultimate Fighter: Heavyweights,” featuring coaches “Rampage” Jackson and Rashad Evans. Other competitors on the show included Brendan Schaub, Roy Nelson, Kimbo Slice, Mitrione, and more. Speaking to LowKickMMA, Mitrione called the experience one of the “least enjoyable’ of his entire life.

“The fighting frequently part isn’t that much of an issue. But separating yourself from the outside world, your family, all your comforts, that’s difficult for sure. It was one of the least enjoyable experiences of my entire life. I would do it again, but I wouldn’t do it less for probably a million. Maybe three-quarters of a million, but I wouldn’t do it again unless I really really got paid well.”

Mitrione was defeated last night (Sat. August 24, 2019) in the main event of Bellator 225 by Sergei Kharitonov. There has been a lot of speculation going around that the fight may have been the last on his deal with Bellator, and Mitrione could hit the open market soon.

However, Mitrione recently admitted he’s unsure what his current contractual status with the Viacom-owned promotion is.

What do you make of Mitrione’s comments about his run on TUF?