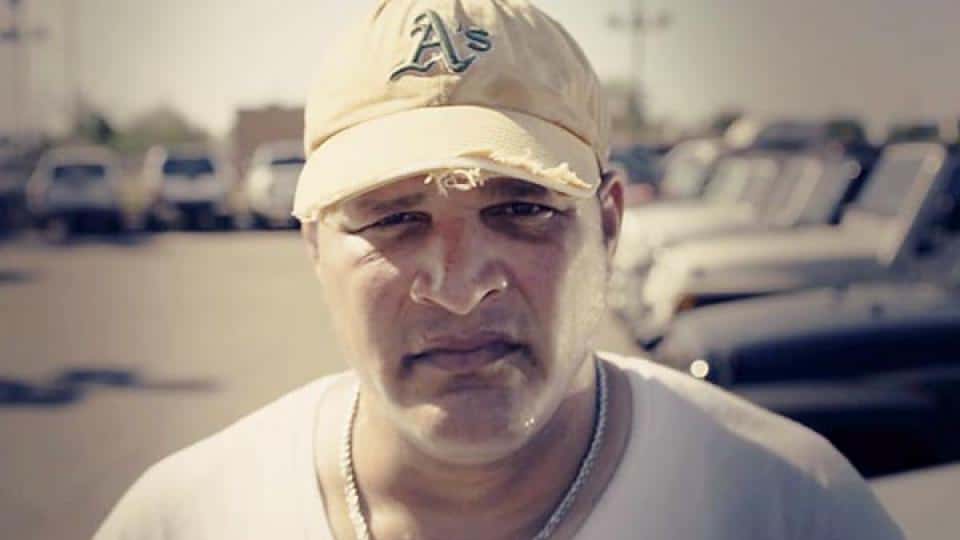 With the UFC heavyweight championship on the line at UFC 188, it’s strange to think that just 18 years ago the promotion was pretty much putting on pit fights. What constituted a legitimate heavyweight back in the dark ages of MMA was more to do with sheer size and testosterone level. The more angry and willing you were to bash someone’s head in, the more likely you were to make it in the savage fight game.

Fast forward to present day and it’s athletes that run the game, Cain Velasquez is a prime example, Chris Weidman, Jose Aldo and Conor McGregor also personify what is rapidly becoming the norm in the world of fighting; complete, well rounded and very smart fighters. Two-time UFC heavyweight tournament winner Mark Kerr is a prime example of a mid-90’s UFC fighter, and also serves as a cautionary tale with his tales of woe. Sports Illustrated did a full spread on ‘The Smashing Machine’ and he reveals the true story behind his struggle, making the UFC-Reebok deal seem like a walk in the park:

“I needed at least three fights a year to sustain the lifestyle,” Kerr said. “I slowed down to one fight a year and wasn’t trying to get aggressive with renegotiating with Pride. I reached the point of burnout and didn’t feel like fighting as much. The money goes. If it was $100 million, eh, it’s a different story. I would joke with people if Mike Tyson can run through 0 million, I can sure run through million.””

Kerr then took a dive in terms of his form, and his life outside the cage/ring:

“Once you turn that invisible line, there’s no going back,” Kerr said. “The prescription narcotics mixed with alcohol turns into a sloppy existence. When a bottle of alcohol takes your will it’s a little bit harder because I’m fighting myself.”

Kerr was once considered the number two heavyweight in the world, facing Igor Vovchanchyn in Pride FC back in 2000, touting a 13-1-(1) career record and hoping to get through to fight for the biggest title of the time. The Pride heavyweight championship would never come his way though as he began to suffer a five-fight losing streak, getting knocked out in all but one. As successful as ‘The Smashing Machine’ had been, winning the UFC 14 and 15 heavyweight tournaments, it was a very primal living for Kerr:

“There was just something about fighting another guy and you get him to smell or taste his own blood,” said Kerr, sweat glistening at the brow, his right hand balled into a fist. “Once you smell it, for me, it’s like a predator or shark in the water. Once you taste that blood it’s a feeding frenzy. You want to take this guy’s will. I’m making you bleed. I’m going to punch you until you choke on your own blood. I just want you to give.”

“My first fights down in Brazil I was on a very small dose of anabolic steroids. When I went into the UFC, I thought it was stepping it up a whole other gear. I was probably 275 pounds with 5 percent body fat. I could bench press a small car. I could squat a small house. It was totally overkill.”

“I can go back and look at the film and point out pretty much everyone that was doing it,” Kerr said. “I think just because of the level of brutality sometimes the sport has, the level of conditioning the sport requires, means the level of training you have to put your body through is incredibly intensive. And because you have to do that intensive training, if you have the ability to aid your recovery by doing anabolics or androgenics you’re probably going to lean towards it because it allows you to train harder longer. If you can train harder longer you can be in better shape, and then it comes down to the big deal, which is money.”

Kerr’s storied career came to an end far too late, as he fought on until the age of 41 in 2009. Muhammed ‘King Mo Lawal’ scored a brutal knockout victory over Kerr, who’s record dropped to 15-11-(1) as he rode a five fight losing streak, all finishes. This, according to ‘The Smashing Machine’, was enough of a sign to call it quits.

“It was the first time I had had enough of a scare,” Kerr said of his result against Lawal, which he recollects in pieces. “It’s not that one punch. It’s the thousand punches that came before that. Especially with all the stuff going on today with all the concussions. All these brain injuries they don’t understand the long-term effect. It’s kind of scary when you look at a lot of the athletes that committed suicide. It’s scary because of the brain trauma. I think they’ll find out eventually that there’s correlations between someone’s ability to adjust to life after sport and the brain trauma they suffered during their sport. It’s just one of those things. In my mind, it was enough.”

“The last thing I want to do,” he said, “is grow old and have dementia or Parkinson’s and realize that it was a derivative of my participation in athletics.”

“Like a lot of times the behavior and the things that I’ve done, I’ll go, I can’t believe I did that,” Kerr said. “Part of what the disease will do, the disease will almost make you believe that’s all you are. So I’m not my behavior. There’s contributing factors. There’s mitigating factors that belong to the circumstances of my life, and part of those factors are I’ve sustained a lot of head trauma in my life. And part of that has manifested in depression and risky behavior and me not understanding or being self-aware of what’s going on. I’m obviously going to medicate myself. Something doesn’t feel right.

“You’re almost trying to stimulate your brain to feel something. It’s almost like you’re brain dead at some point.

“The No. 1 thing for me is to figure out what’s going on, if there’s treatments available out there, and not succumb to the temptation to remove myself from the feeling. Understanding these are just feelings — depression, anxiety. There’s a big difference in my life between falling asleep and passing out. Before I didn’t know how to fall asleep, I just wanted to pass out. All these different things psychologically, I feel this year is going to be a good year if I can maintain my sobriety and come to some conclusions about what my involvement in athletics over the years has done to me.”

It’s tough to hear, but this sport is punishing on the human body. Unfortunately for Kerr, he went from the most high pedigree and mainstream sports in wrestling, to a murky and brutal world of hand to hand combat in Pride and the UFC. Perhaps if he had been born 20 years later he’d be a different fighter today, but ‘The Smashing Machine’ had to fight through a gruelling time in the sport, and it sounds, sadly, that the sport has taken it’s toll on him.

Without guys like Kerr smashing their own bodies to pave the way for mainstream MMA, during a time when the consequences of steroid abuse and fighting were relatively unknown, perhaps we would not be enjoying what has been dubbed as ‘the fastest growing sport in the world’. LowKickMMA salutes you Mark Kerr.