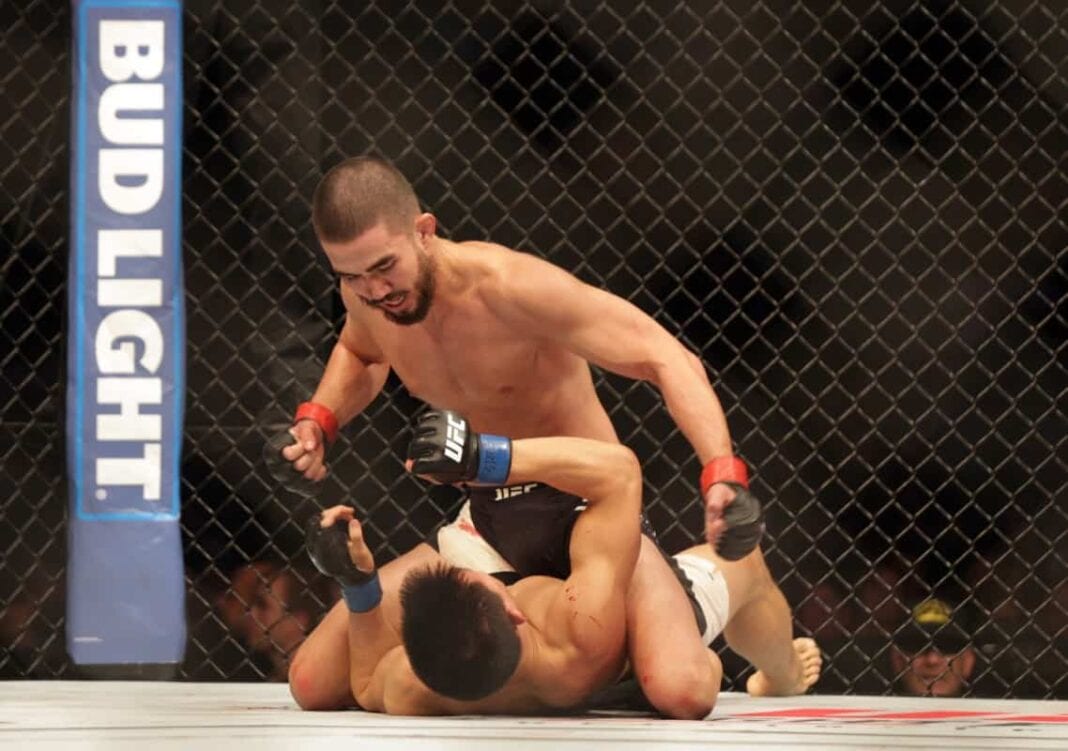 The question of who would reign supreme was answered in the opening bout of UFC Fight Night 91. The two fighters who did battle were Louis Smolka (11-1) and Ben Nguyen (14-6).

Despite showing tremendous heart, the night did not belong to Nguyen.

Smolka looked for a side kick early. Nguyen bolted towards his opponent and earned top control. He briefly achieved mount, but Smolka got up and took Ben “10” down. Nguyen turned the tables and took the back of “Da Last Samurai” and wound up in mount again. The two scrambled on the ground to avoid dangerous positions.

Smolka once again earned top control and rained down punches. Nguyen looked to escape, but got caught in a D’Arce choke. Ben “10” avoided the submission, but was on the wrong end of some huge punches in full mount. Nguyen survived the round. Ben “10” stumbled his way to his stool when the round ended.

Smolka held onto the leg of Nguyen, who tried taking the back. Smolka wound up on top and looked for a high elbow guillotine. “Da Last Samurai” popped his opponent with some elbows. Ben “10” got up momentarily and ate a knee for his efforts. It wasn’t long before Smolka brought him back down. Nguyen escaped a rear naked choke, but Smolka’s offense was too much and referee Herb Dean stopped the fight. The FOX Sports 1 broadcast later showed Nguyen’s corner threw in the towel.