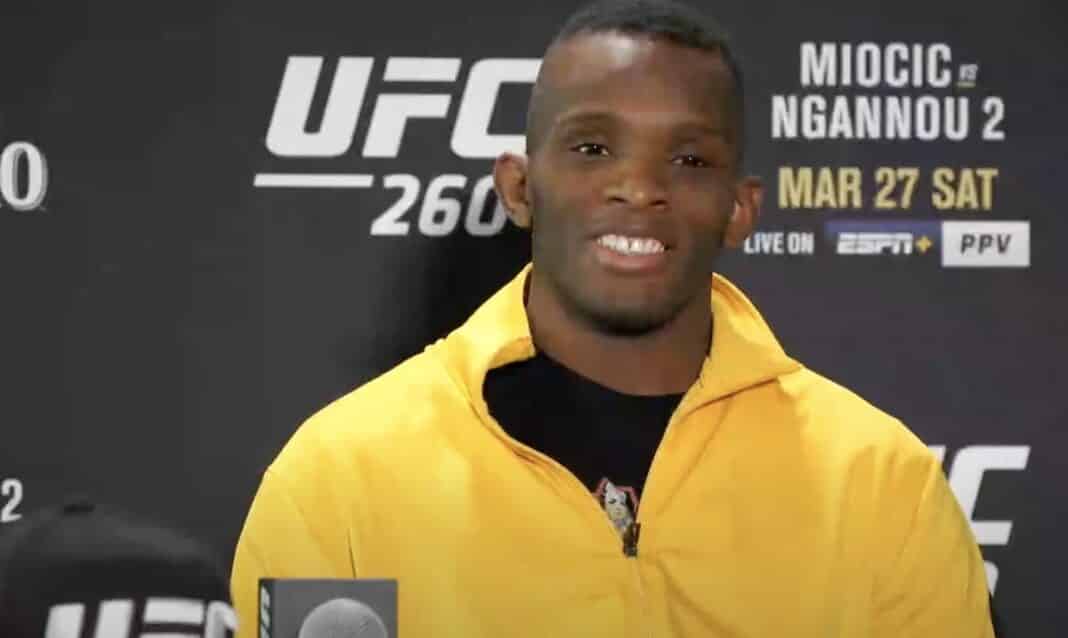 Khama Worthy has recently decided to make the move to Syndicate MMA in Las Vegas for the first time in his career. He currently owns his own gym “The Academy” in Pittsburgh Pennsylvania but has stated that he is ready for a change.

Worthy is currently riding a two-fight skid with his most recent loss coming from the hands of Jamie Mullarkey. “The Death Star” failed to make it out of the first minute, losing the fight via TKO (ground and pound) at UFC 260.

Worthy is now 2-2 in the UFC and has an upcoming bout scheduled against Jai Herbert on October 22nd at UFC Vegas 41.

When speaking with Ryan Jarrell of All Access MMA, Worthy stated “I run my own gym back home and it’s comfortable… and I wanted to get a little uncomfortable.”

“I have a couple more years left of doing this, so I wanted to make sure if I am going to do this I’m going to put all of it into it. I want to give it all I have and put in the necessary sacrifices.”

Worthy has no shortage of talent and sparring partners at Syndicate MMA to prepare himself for Herbert. The gym is home to UFC talent Khalil Roundtree, Jordan Leavitt, Daniel Rodriguez, Sasha Palatnikov, and many more. Khama Worthy has also stated that number 6 ranked lightweight Dan Hooker has also started his fight camp at Syndicate.

Hooker, who normally fights out of City Kickboxing in Auckland New Zealand has decided to stay in the US for his fight camp due to visa troubles during the COVID era. Hooker is set to fight Islam Makhachev at UFC 267 on October 30th.

“my plan is to make [Syndicate] my second gym. Maybe just come out here to keep sharp. Definitely, when I have camps I will do them out here.”

How does Khama Worthy match up against Jai Herbert?