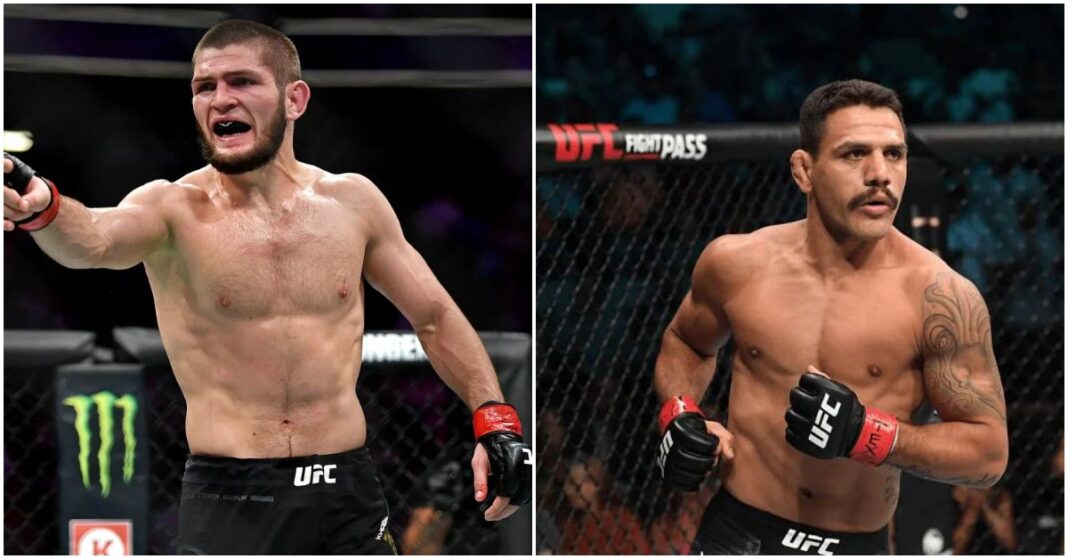 Khabib Nurmagomedov has taken to his social media to reflect upon his victory over Rafael dos Anjos back in April 2014.

The former undefeated lightweight champion left the sport at his pinnacle after making his third successful title defense over Justin Gaethje at UFC 254. Nurmagomedov currently is the longest-reigning champion within the lightweight division having held the belt for just short of three years.

Khabib Nurmagomedov On His Journey To The Top

Khabib Nurmagomedov took to his social media to reflect on the journey it took him to get to the top, and more specifically on his matchup with Rafael dos Anjos.

“Exactly 8 years ago my fight against dos Anjos took place. Before this fight he had 5 consecutive wins and after fighting me he had 5 consecutive victories and in addition after my fight he became the Champion. Since after fighting with him in 2 months, I tore the front ACL ligaments and knocked him out of the championship race for as long as 2 years, and everything after that is history….I divide my professional career into 2 clips: The first section is 2008-2016. The second section is 2016-2021. I’ll tell you about this section some other time.” (Transcribed by BJPenn)

Khabib Nurmagomedov called it a career in 2021 and has since begun working on his own promotion Eagle FC in the aim to turn the promotion into a household name.

Following his defeat to Khabib, the Brazilian would bounce back and claim five straight victories back-to-back.  Dos Anjos himself is still competing to the day and most recently picked up a victory over Renato Moicano at UFC 272 back in March.

Most recently Rafael dos Anjos has had speculation surrounding a potential matchup against Dustin Poirier in the summer at UFC 276 being his next outing.

Who do you think would win out of RDA and Dustin Poirier?