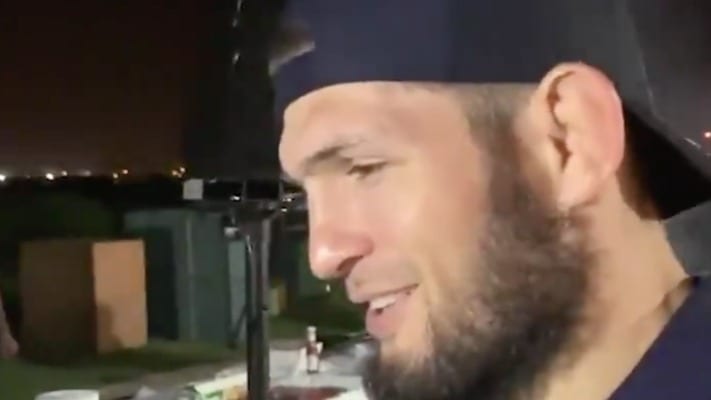 UFC 254 was an emotional night for Khabib Nurmagomedov — however, he is now celebrating in style.

Afterwards, “The Eagle” fell to the ground and was in tears as he remembered his late father Abdulmanap before going on to retire from the sport.

Given that he competed just a few months after his father’s death was a miracle in itself and there was bound to be a huge release of emotions after the fight.

But now, it’s time to party and relax and that’s what Nurmagomedov is doing. Head coach Javier Mendez recently posted a video on Instagram of Nurmagomedov celebrating his win at UFC 254 by getting ready to eat a number of burgers.

And as we know from his post-fight interview at UFC 242 last year, Nurmagomedov loves his burgers.

While fighters have retired in the past, many observers believe Nurmagomedov’s retirement will stick. And it that remains the case, he can have as many burgers as he wants now that he doesn’t have to cut to 155 pounds anymore.

Do you think Nurmagomedov will ever return?