LowKickMMA.com
Home MMA News Kevin Holland Wants A Fighter To Strike With In His Welterweight Debut 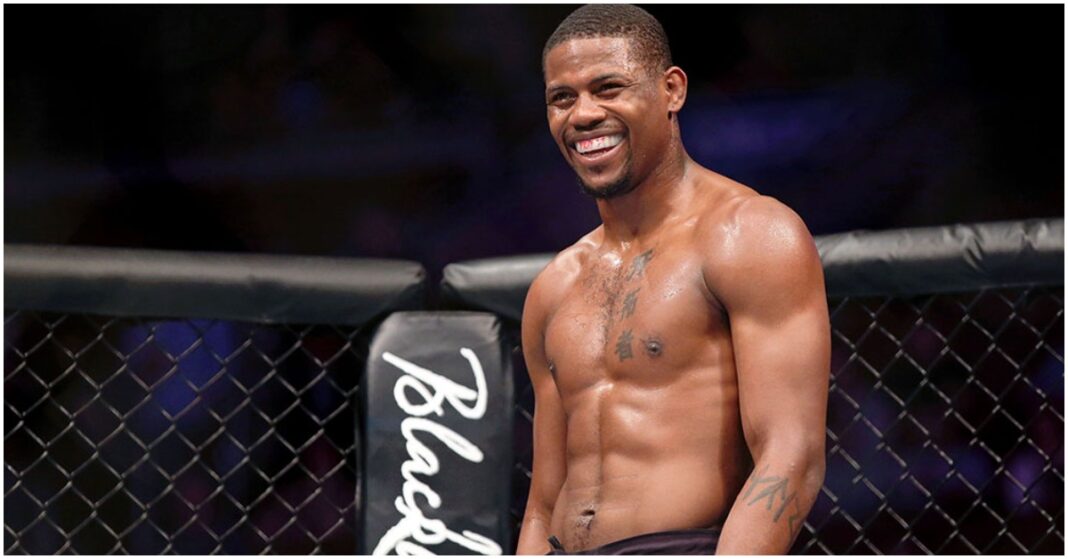 Kevin Holland has a few names in mind when it comes to his debut in the welterweight division.

Holland has made it clear that his next fight will be at 170 and has no desire to fight Kyle Daukaus after their last fight ended in a no contest. The two had a head to head clash that gave Daukaus the upper hand. He was able to finish the fight, but after replay they deemed it a no contest, since Holland was clearly knocked out from the blow.

Holland has also made it clear he wants to go toe to toe with another striker inside the octagon. A couple names that came to mind were Daniel Rodriguez and Li Jingliang. Holland was being interviewed by ‘The Schmo’ when he name dropped those fighters.

“So at 170, D-Rod said he’s a little hurt right now and I don’t know when he’s gonna get better, but if he’s ready by January or February, that would be nice.If not, the guy that Chimaev just fought [Jingliang]. You wanna strike? I’m down to strike baby, let me know. Probably somebody that likes to bang. Still down to test the wrestling, but can we squabble a little bit?”

Rodriguez is coming off a win against Kevin Lee and holds a 6-1 record in the UFC. Jingliang is coming off a loss against Khamzat Chimaev, where he got submitted in the first round. Both fighters are very dangerous on their feet.

Both those fighters as Holland said, like to stand and throw hands. That would be a welcoming change for Holland who has been matched up recently with guys that like to grapple. Holland has always joked about his wrestling and even cracks wise during fights with ‘DC’.

He has even trained with AKA to improve his grappling, but everyone knows Holland wants to put on a show with his hands. The move up to 170 is an intriguing move and many are interested to see how Holland matches up against some of the top guys.

Who would you like to see Kevin Holland fight in the welterweight division.