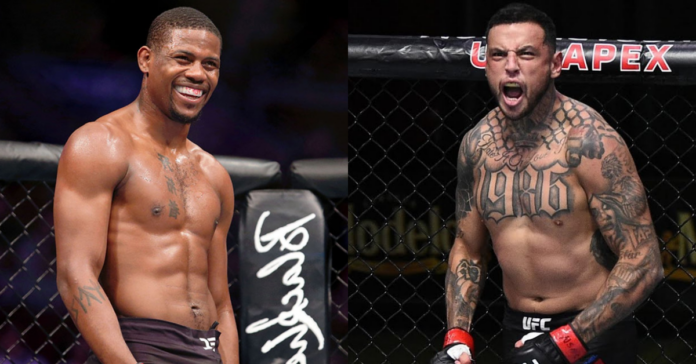 ‘Trailblazer’ Kevin Holland is getting ready for a catchweight showdown against Daniel Rodriguez at UFC 279 on September 10. The US-born athlete recently spoke with TMZ regarding this fight and Holland explained that ‘D-Rod’ was not his first pick.

While speaking with TMZ in a video interview, the 29-year-old fighter said that he was offered a big-name fight at welterweight but it was so far away that he wanted to take a fight in the interim time. The UFC offered him a list of names and Holland chose Neil Magny but the dates didn’t quite line up. Holland explained:

“They gave me a list of names. Of course, I said yes to every single name they gave me. They asked which one I liked the most, I had actually named Neil Magny, this would have been October 15th. I thought that was going to be a great fight … They were like, we want you to go September 10, can you make 170 pounds by then? I was like, It’s not ideal, but yeah I can … I had said yes once before [to Daniel Rodriguez], what’s the difference now? Let’s go, let’s do it.”

This fight was previously booked at the end of 2020 for Holland’s debut in welterweight. But, ‘Trailblazer’ sustained an injury and the initial fight was called off. Holland was quite complimentary to his upcoming opponent commenting on how tough he is. The US-born fighter said:

Why is Kevin Holland vs Daniel Rodriguez at Catchweight? According to Holland, this fight was initially booked for welterweight (170 lbs) however, one of the competitors was unable to make weight. Holland said:

‘Trailblazer’ also does not seem phased at all by the trash talk coming from his upcoming opponent. Regarding some of the things ‘D-Rod’ has been saying, Holland responded:

“Seems like he’s forcing it, trying to sell some stuff. Best one he had was the one with Schmo when he was talking about firing up in the press conference … Other than that [Thumbs up] do your thing brother.”

Kevin Holland is coming off two consecutive stoppage wins against Tim Means and Alex ‘Cowboy’ Oliveira. ‘D-Rod’ is on an impressive three-fight win streak over fighters such as Kevin Lee, Preston Parsons, and Mike Perry. Holland and Rodriguez are booked to meet at UFC 279 on September 10 in a catchweight bout at 180 lbs.

See the full interview with TMZ and Kevin Holland, see below: