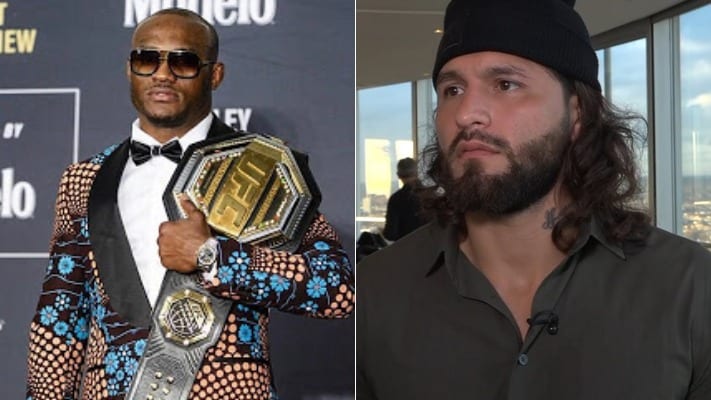 Welterweight champion Kamaru Usman will defend his title against Jorge Masvidal at UFC 251 barring any positive tests for the coronavirus according to ESPN MMA journalist Ariel Helwani.

Gilbert Burns was expected to face ‘The Nigerian Nightmare’ on ‘Fight Island’ next weekend, July 11. Unfortunately, ‘Durinho’ and two of his team tested positive for COVID-19 shortly before they were due to fly out the island for fight night. Therefore, he has been pulled from UFC 251 leaving Usman without an opponent.

Late last night it was revealed negotiations were underway to book a welterweight championship bout between Usman and Masvidal. Today it appears the fight is virtually done and besides any medically issues Usman will fight Masvidal on July 11 according to Helwani who wrote on social media.

The Usman-Masvidal talks are ongoing and moving in a positive direction. While there are still multiple hurdles left, feeling confident about the direction of the talks and barring any last-minute issues it appears inevitable this fight gets done.”

“What hurdles? Well, just because a fight gets signed in 2020 doesn’t mean it’s happening. They’ll have to fly to Vegas in the next day or so, take a COVID test, quarantine, pass the test, fly to Abu Dhabi, take another test upon landing, pass that test, another test Friday, too.”

‘Gamebred’ is the number one contender at welterweight and was in discussions to fight Usman for many months before things turned sour. Masvidal claims the UFC wanted him to take a 50 percent pay cut for the biggest fight of his life. Since then he has been involved in a bitter, public spat with the promotion who he accuses of trying to strongarm him into the fight. It now appears Masvidal has won the fight of his life against the UFC and been given the correct payday ahead of UFC 251.

Who wins when Kamaru Usman fights Jorge Masvidal at UFC 251?