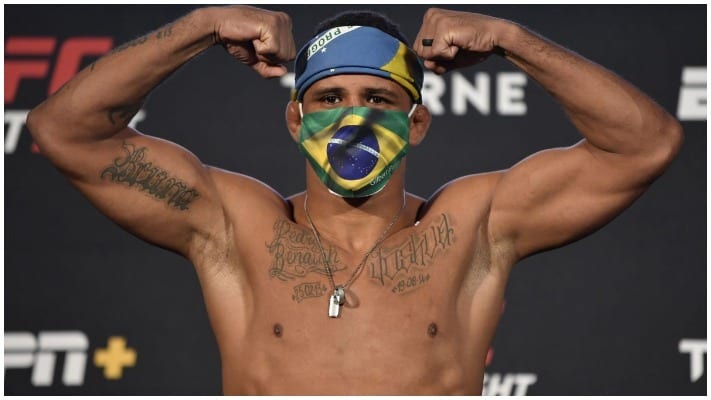 Gilbert Burns has tested positive for COVID-19 and will no longer be fighting for the welterweight title against Kamaru Usman at UFC 251 on July 11.

“Burns traveled from Florida, where he trained for UFC 251, to Las Vegas. The promotion is using the city as a hub to send athletes overseas to Abu Dhabi, testing them for COVID-19 before flying out to the Middle East. Burns’ test result came back positive, as well as his brother and cornerman, Herbert Burns, and coach Greg Jones. All three men did not board the charter fight leaving Las Vegas.”

Burns later took to social media to confirm the news and vow to get over the deadly virus, he wrote.

“devastating news, not feeling well but I’m going to win this battle! Stay safe out there! Much love.”

Burns received his surprise title shot after number one contender Jorge Masvidal became embroiled in a pay dispute with the UFC. As of right now, it is unclear if the promotion will seek a replacement opponent for Usman.

How disappointed are you to see Gilbert Burns off the UFC 251 card?